Turn a Raspberry Pi into a Blockchain Gateway for building secure IoT applications.

Turn a Raspberry Pi into an IoT Blockchain Gateway

Turn a Raspberry Pi into an IoT Blockchain Gateway

Turn a Raspberry Pi into a Blockchain Gateway for building secure IoT applications. 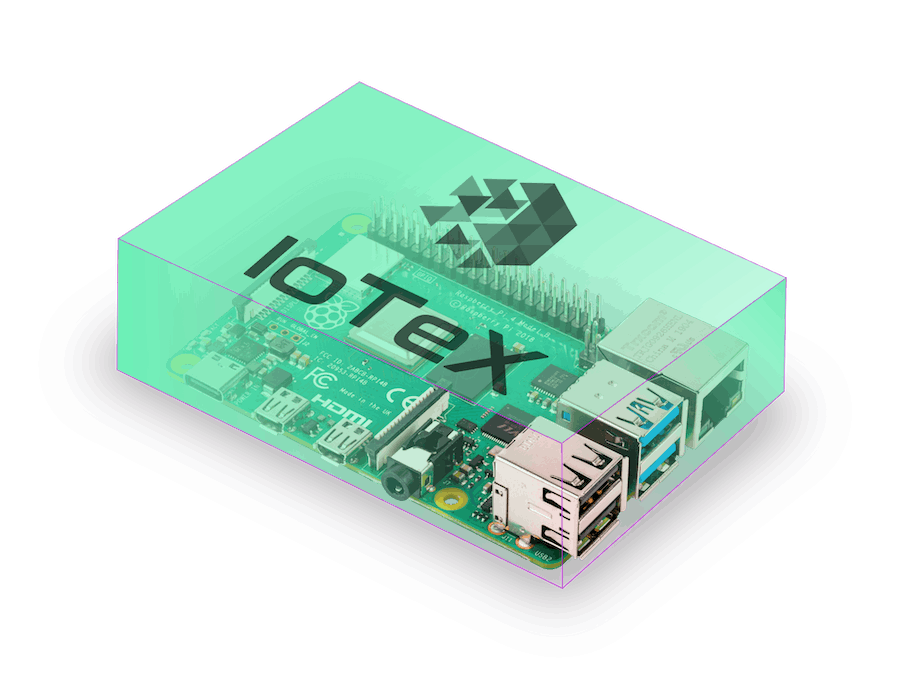 Although "blockchain" sounds like a very complex matter, because of all that "cryptography", "game theory", "p2p networks", and "distributed" kinds of stuff, it's very simple to use.

Don't get me wrong: Blockchain is indeed one of the most complicated concepts in the IT space, but the "concept" of how to integrate it into your projects is instead pretty simple: once somebody else built the blockchain for you, using it in your project is not that complex after all!

👉🏽Also check out how you can integrate blockchain in a SmartLock👈🏽

Why would you want to use blockchain in your IoT projects?

So before speaking of the "how", let's first ask ourselves the "why": why would you want to integrate a blockchain in your project? The main reason is simple: by using the blockchain you get peace of mind about security, which is probably the first and most important thing you don't want to miss in a real-world Internet of Things architecture. But it's not only about security: immutability of the data stored "on-chain", traceability of transactions, and smart contracts can really unleash the whole potential of IoT!

How are you going to "integrate a blockchain" in your project?

Basically, you start thinking of security when you want to add Internet-connectivity to your project: either you must open your network to possible attacks, data breaches, or worse (it's IoT!), or you can use a public server as an intermediary for your device status/logic (e.g. google, AWS, etc... that still have security issues, and raise serious privacy concerns).

So think of the blockchain like a server in the cloud, just one that is not own by anyone, exceptionally secure in terms of authentication, that can never be taken down, where you can write data to, execute code on, with the benefit that the data you write, as well as the code executed are immutable and traceable. And the code execution itself is unstoppable.

So everything starts from a "Gateway" that gives you access to the blockchain: while you can find such gateways as a free/paid third-party services in any popular blockchain, the best choice is to configure your gateway: this will provide the best performance and maximize the security.

What you will learn

In this article, you will learn how to turn a Raspberry Pi (or any other compatible ARM board with a 64-bit OS image) into a IoteX Blockchain Gateway to be used as an endpoint in your future blockchain-based IoT projects.

The IoTeX Blockchain features a fast 5-second transaction confirmation time, with instant finality, and is one of the most secure public, permissionless blockchains out there: a perfect fit for any IoT project! In addition, the IoTeX team is working at cool secure hardware sensors that integrate directly with the blockchain allowing for end-to-end trusted data that promise to revolutionize IoT.

Before you can install the full node on your ARM board, you need to install an Ubuntu OS image (only 64-bit). Depending on the board you are using, you should download the correct OS image. Some examples are listed below:

For boards other then the Raspberry, like the Odroid N2, you need a tool to flash the image to the raspberry. Etcher is a perfect choiche: Download Link

If you don't know how to do that, check out this YouTube Video for an example.

Please use the IP address you assigned for your board. In the example, it will be 192.168.1.105, while yours could be different.

From your PC, type the following:

For the Odroid N2 board

Create the iotex-var folder in your home directory

Connect your hard disk to a USB port, and list the disks again: you should see a new sda disk with one or more partitions (sda1, sda2....) depending on the disk you connected.

Mount the partition (replace `sda1` with the name of your partition) and set it in the IOTEX-HOME environment variable:

IoTeXLab Delegate team provides some simple scripts to conveniently start, stop and restart the node, in addition to the latest release of the ioctl command line client built for arm64 and arm6l:

add the bin folder to your PATH:

IoTeX provides a Docker image for the latest IoTeX node release, specially built for ARM boards and 64-bit OS, that comes in handy for our Raspberry Pi Blockchain Gateway.

The IoTeXLab repository also provides a convenient script that will just perform all the required operations from installing Docker, up to configuring the node for you.

To run it, just type the following (this must be executed only once for the first installation, see the next sections for the update command):

Having the Docker image for ARM, you can install the IoTeX full node by simply installing Docker:

6. Interact with the node

After the node is downloaded and configured, you can run the following commands:

to start the node

to kill the currently running node

The IoTeXLab repo also includes the latest IoTeX ioctl (unofficial) command line tool but for arm64 to interact with the IoTeX blockchain on a Raspberry Pi:

First configure it to interact with our local node:

now you can use it to query the node or execute actions:

Get basic infos about the blockchain

IoTeX provides a convenient script that automates the update of the full node: you can run it at any time with the command below: