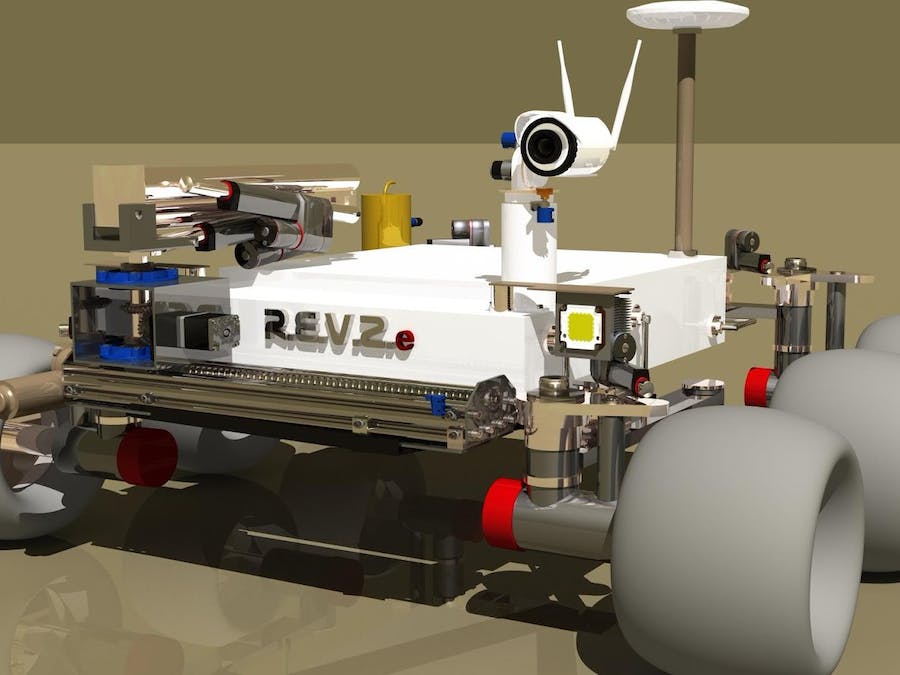 The surveysto be analyzed can be of Gaseous as Methane, Gpl, Alchool, Hydrogen.

The roveris equipped with GPS coordinates for geographical card IMU 9 degrees of freedomthat integrates an accelerometer, a magnetometer, a gyroscope to calculate theposition of the rover that will compare with the GPS data.

For thelocation of obstacles, Right, Left, Forward, Behind and Dislivelli excessivetraction Rover are managed by Ultrasonic Sensors.

The Roveris driven by 6 gearmotor planetary model P205.24.25 of micromotors.

Directionof rotation depending on polarity.

It can bemounted in any position.

and'possible to apply an encoder.

Sabertooth 2x32 is a dual channel motor driver capable of supplying 32 amps to two motors, with peak currents up to 64 amps per motor. It can be operated from radio control, analog, TTL serial or USB inputs. It uses regenerative drive and braking for efficient operation. A variety of operating modes including tank style mixing and automatic calibration allow most projects to work immediately out of the box.

User-defined operating modes allow for custom operation, such as switching between radio control and computer-driven inputs on the fly, emergency stops or front panel control overrides.

The auxiliary power outputs can be configured to allow the Sabertooth 2x32 to operate from a power supply without a parallel battery, or automatic control of electromagnetic brakes.

When combined with Dimension Engineering’s Kangaroo x2motion control module, the Sabertooth 2x32 can be used for closed-loop position or speed control with encoder or analog feedback.

The state of the driver can be monitored in real time using the USB port in any operating mode, making debugging your project faster and easier. Sabertooth 2x32 is more flexible, robust and powerful than previous motor drivers, while also being easier to use.

Kangaroo x2 adds self-tuning feedback motion control to your Sabertooth or SyRen motor driver. It can be used with quadrature encoders or potentiometers to provide position or speed control. It supports one or two feedback channels.

Feedback control has always been highly desirable for mechanical systems. Being able to tell your device to move an exact amount, at a specific speed or to a certain position, and have it reliably and repeatably do so, regardless of the load or disturbances, has obvious benefits. However, PID and other controllers have to be carefully tuned to get acceptable results. Feedback tuning is difficult, time consuming and requires advanced math and physics knowledge.

Kangaroo x2 is the first self-tuning controller in its class. Instead of requiring you to measure, model and calculate the system, the controller itself will figure everything out after a few switch settings and button presses. In the time it takes to get a tasty snack, you can come back to a perfectly tuned system ready to accept your commands.

Instead of requiring you to use a microcontroller to do closed loop control, Kangaroo x2 works from analog and radio control sources as well as microcontrollers and computers. You can, for example, use it to build that two horsepower R/C servo you’ve always needed as the final piece of your doomsday device. Just remember who helped when the vaporizing starts.

During operation, you can command speeds, positions or combined commands like “move to 37 inches at a speed of 4 inches per second.” You can also have the Kangaroo x2 report back speeds and positions while it is running. A mixed mode allows for unstoppable mobile robots with differential drive or tank style steering.

If you need to get your product under control, Kangaroo x2 is the best way to do it.

The maximum charging voltage for initial charge is 4,2 V.

Recommended subsequent charging is to 3.65 V.

There is no Selfdischarging effect - can be recharged at any state of discharge (no memory effect).

The series LTE and 'a family of batteries at 12Vin direct replacement of lead-acid batteries are compatible with most of thealternators of the vehicles on the market.

Compatible with chargers for lead-acid batteriesoffer the best performance with a specific charger for lithium iron phosphate.

Effective both as storage batteries / servicesthat as starter batteries Used where 'request superior light weight anddurability and above capacity' of delivering linearly entire capacity 'alsorated on heavy loads are available in different sizes and suitable for use inseries or parallel.

Like all lithium batteries without the controlelectronics must be protected from excessive discharges above 10 volts.

In addition, the Rover is also equipped with a GSM system where this may 'send any kind of SMS message or receive SMS messages, where this may' acquired by a series of strings, commands for a recovery of the same or to a malfunction of the Wifi because too far or shielded.

The Rover once received the coordinates of where to go for relief, will be autonomous to seek a shorter path and / or resolve any obstacles along the way.

Once there, the Rover will base and propel its Robotic Arm Linear,

The head is in the shape of a hexagon and not by chance, because on a base of 140 mm x 2

there will be a puncher, an aspirator, a gripper, sensors like a thermometer

for measuring the ground temperature, a humidity sensor / liquid soil, a laser pointing, a Mini Dolly Cam that follows the tool that you are using at the time is that it can 'also be used independently.

The logical part and divided into several parts.

The microcontroller (if I can aim) can talk to each other through a bus Rs485.

While the logic of the level will be managed by a Board Intel PCs on the Windows platform, the hardware that will be connected to and controlled GPS, A Wifi Router for Telemetry and connections for the management of USB microcontrollers.

In addition all the data managed by the PC-Board will be saved in a database, for this not to have active always sending data via Wifi.

The Rover once made the necessary surveys and received the command of the return, return to the starting point that the base, of course, following a map that will store back point by point until you get to the point of destination.

All data from the survey will be sent via telemetry, and samples will be taken from Rover in special containers.

The structure of the rover was initially designed with lightweight material such as aluminum, but then it is folded on an iron frame for convenience of welds and for future expansion.

The profile is rectangular with measures 50x30 2mm thick tempered.

They will be mounted on the frame 6 Dampers F / F 40x30 to dampen vibrations or shocks between the frame and the box of electronic equipment.

The suspension system is a rocker-bogie in case of REV2e very simple but effective.

The Rover can turn on itself in two ways, typical of track that is three wheels in one direction and the other in the other direction very consuming energy, or bending the two wheels in front and two behind inward thanks 4 Actuators 50mm.

The cam is mounted on the main box, while maintaining all the functions of pan / tilt, when the rover is stationary or moving, the Cam with the Rover in motion, can be stabilized in automatic, this for non-snap images 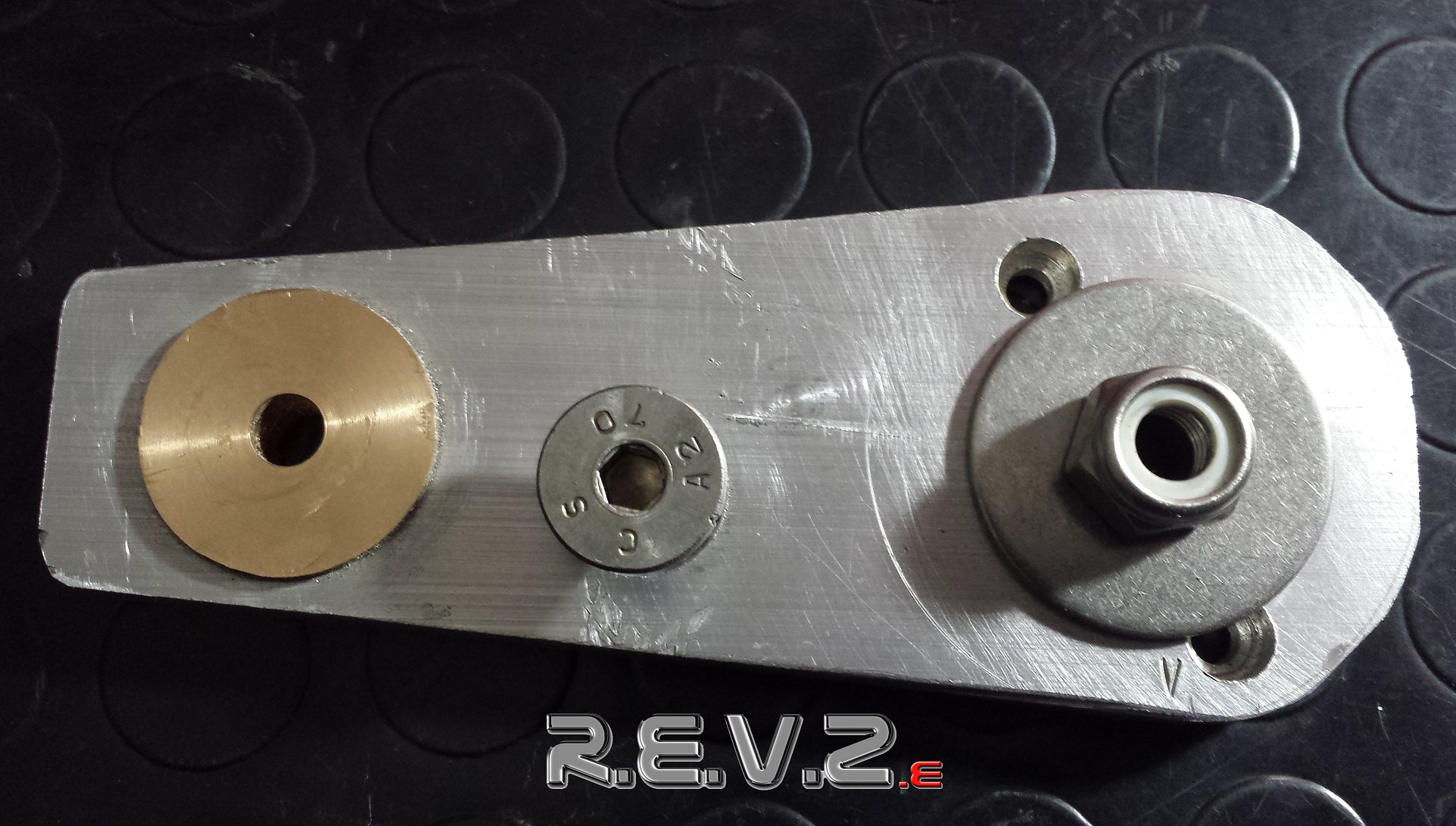 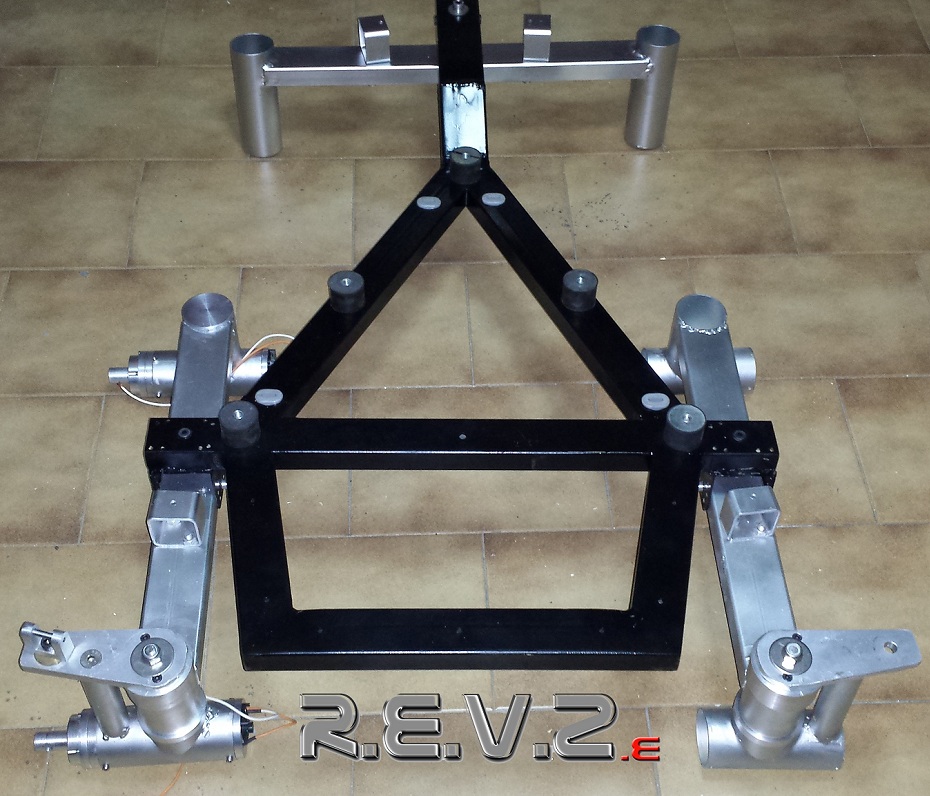 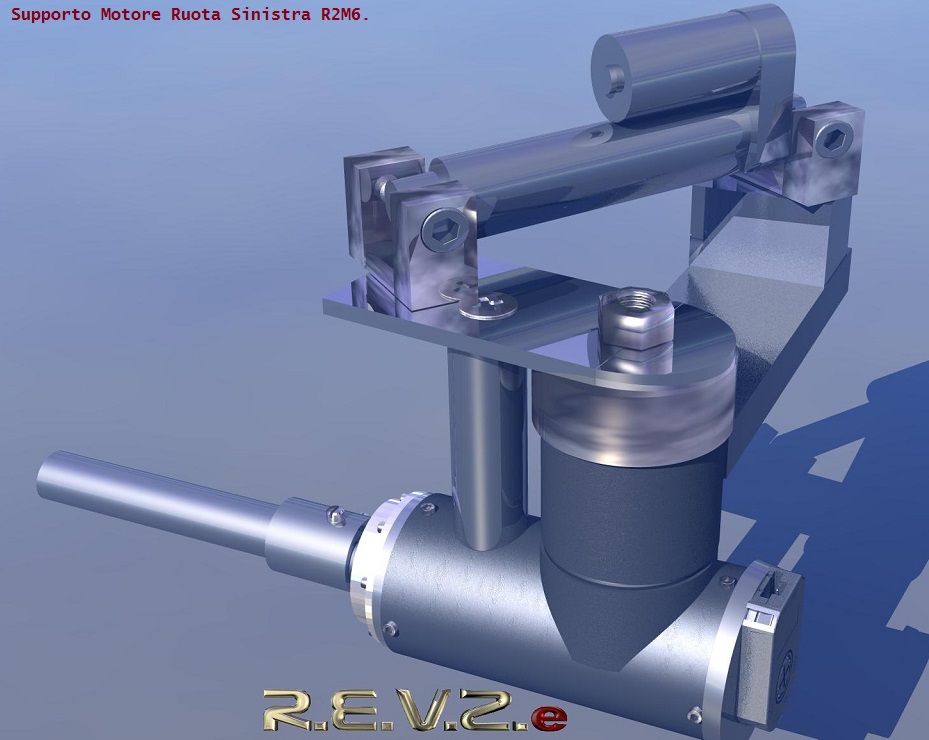 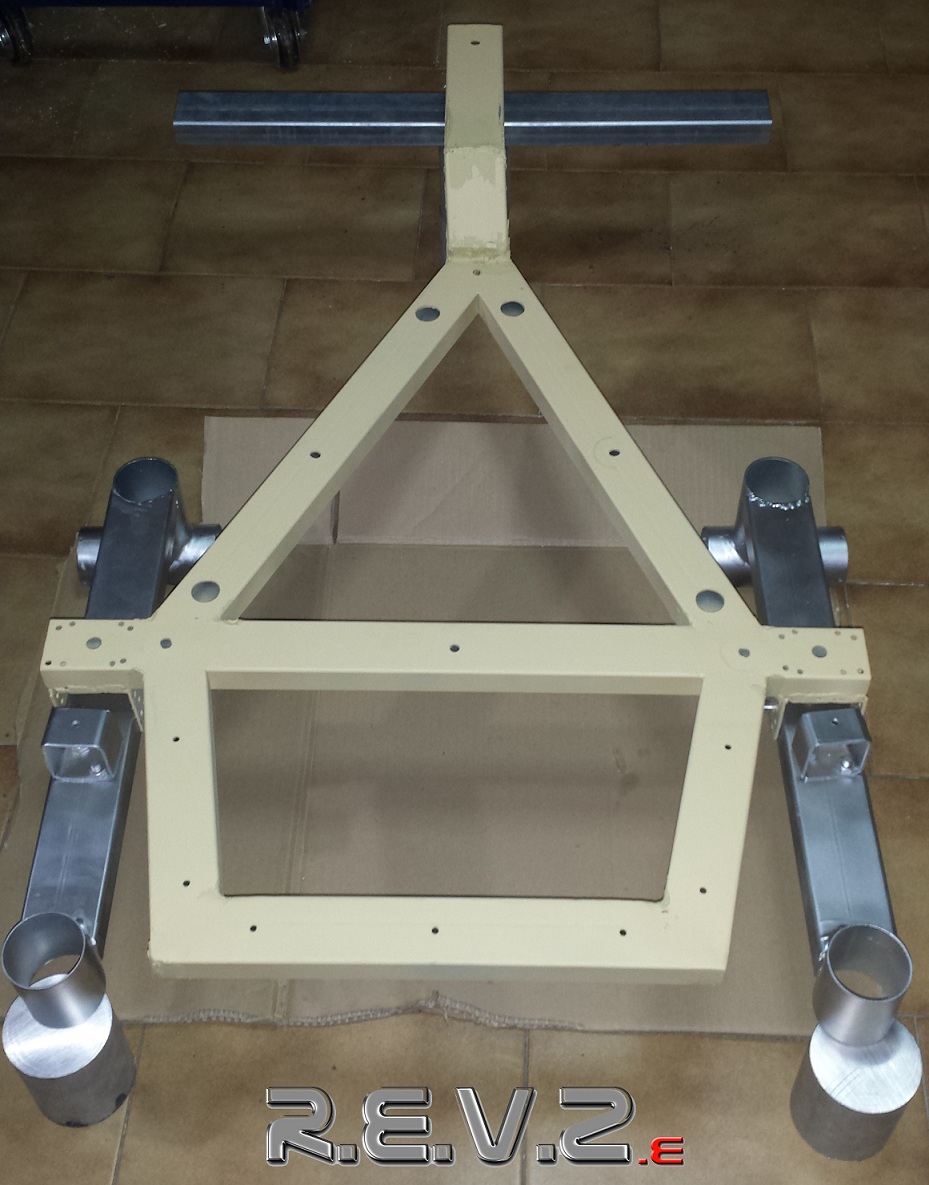 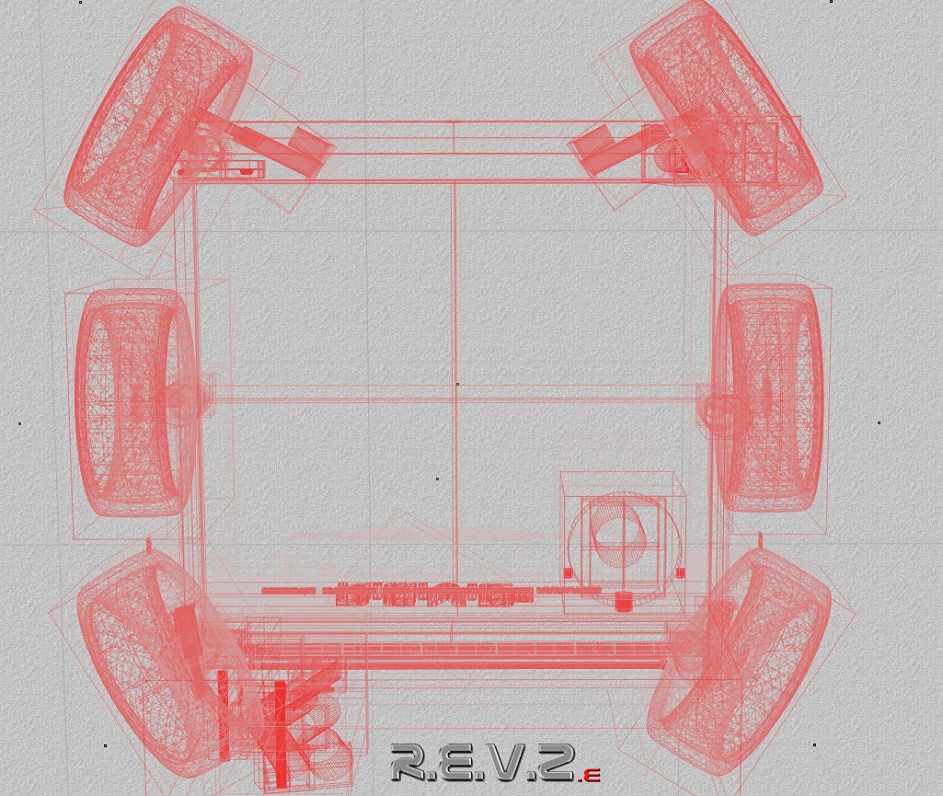 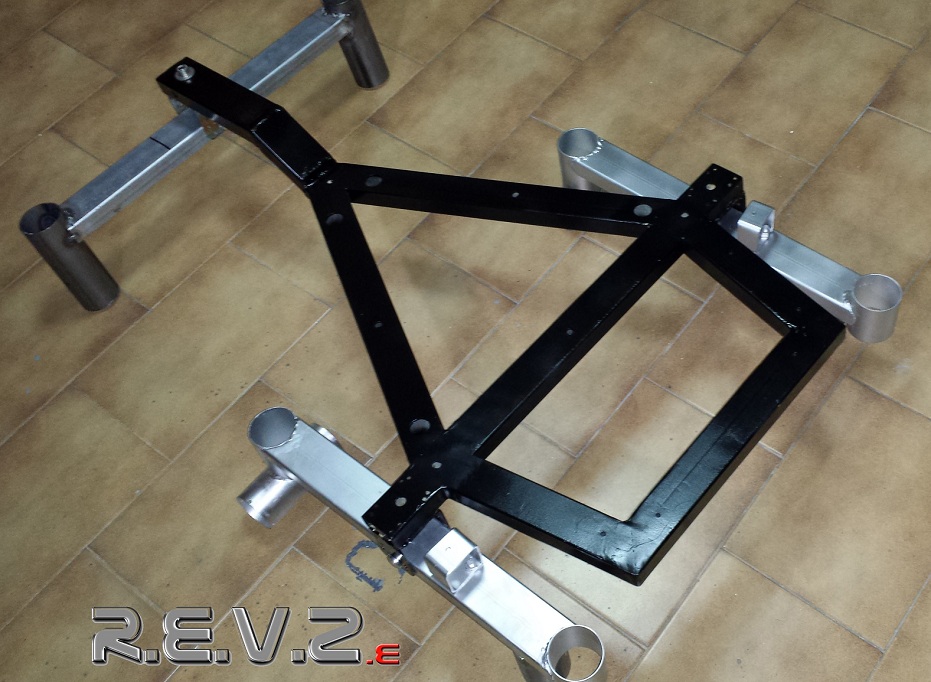 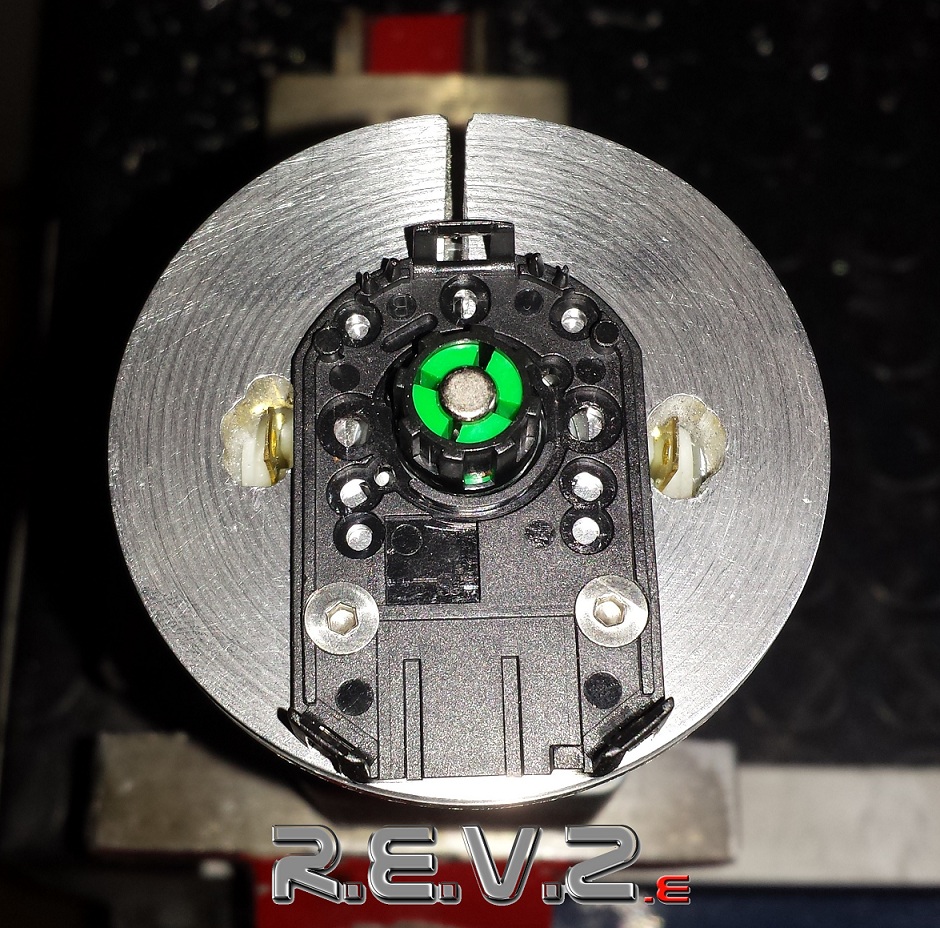 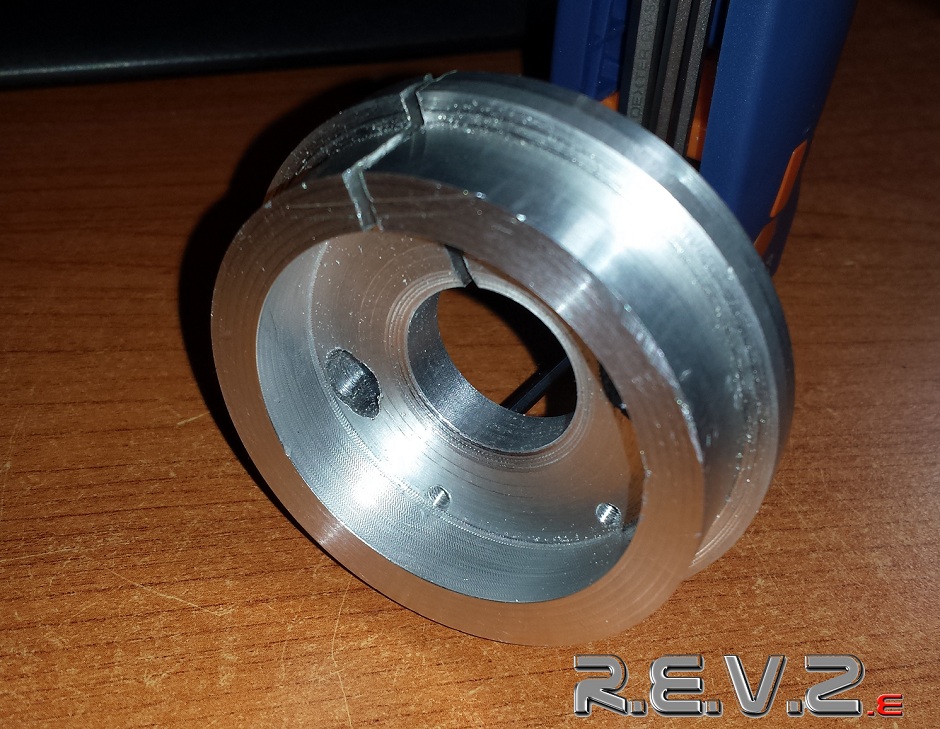 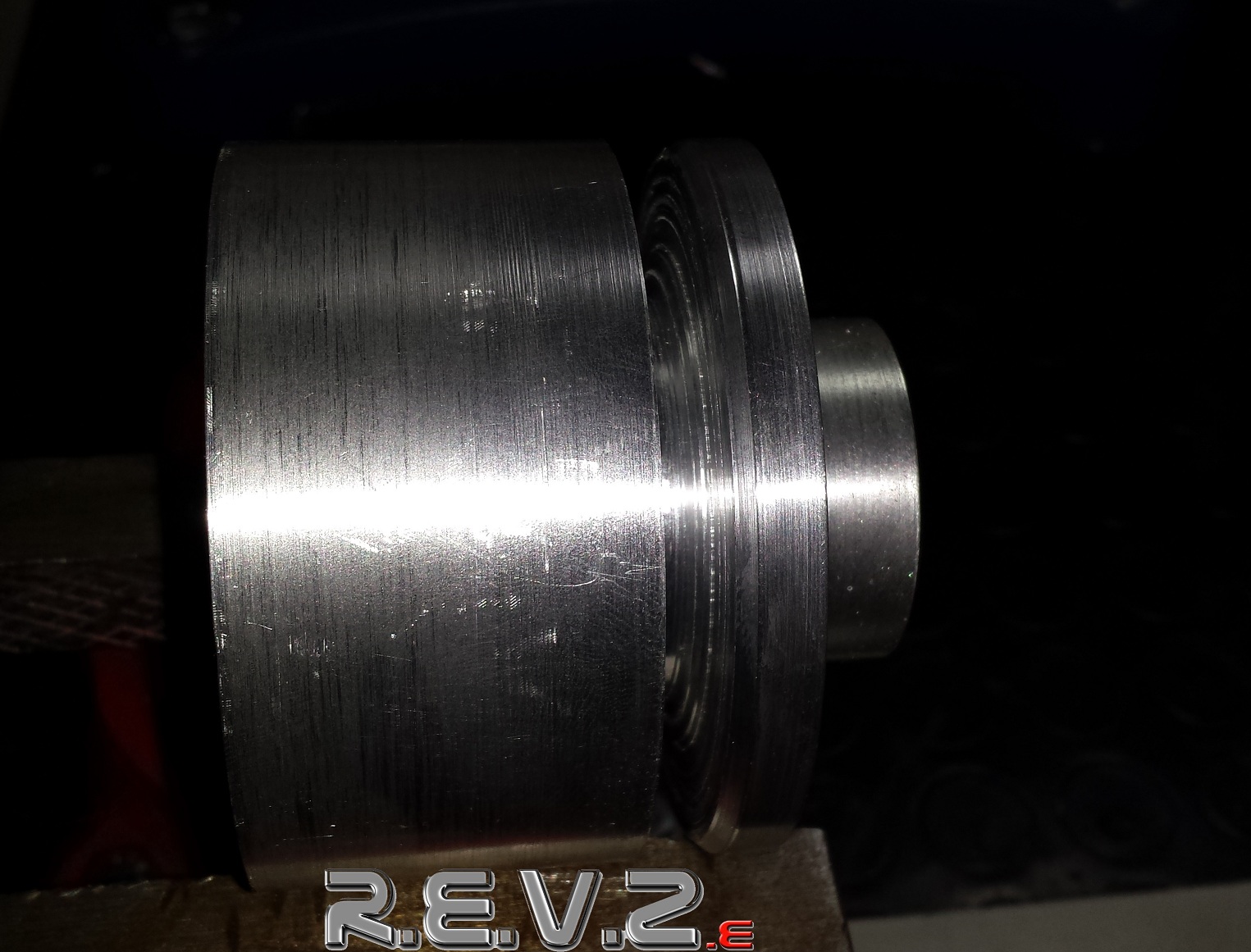 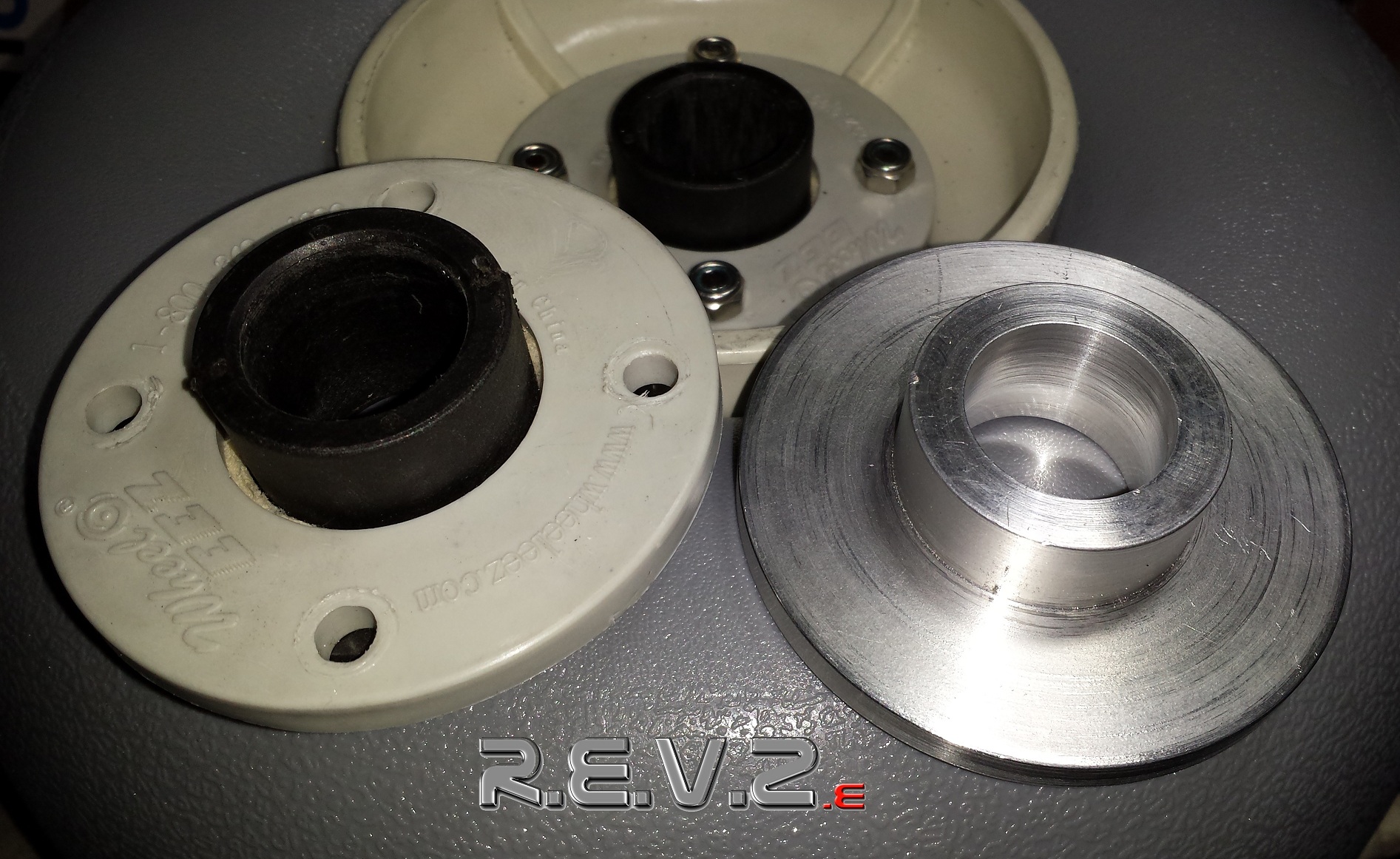 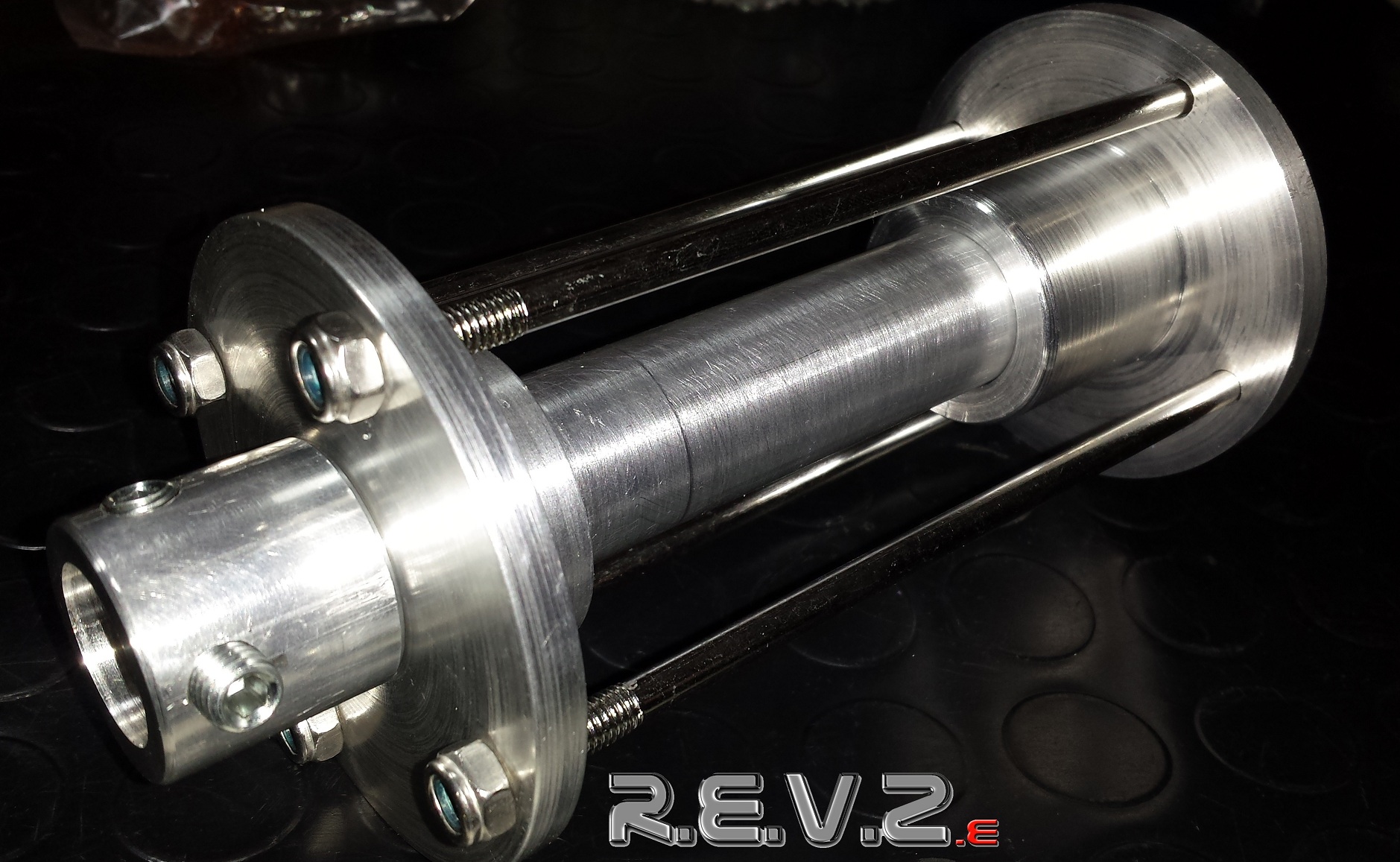 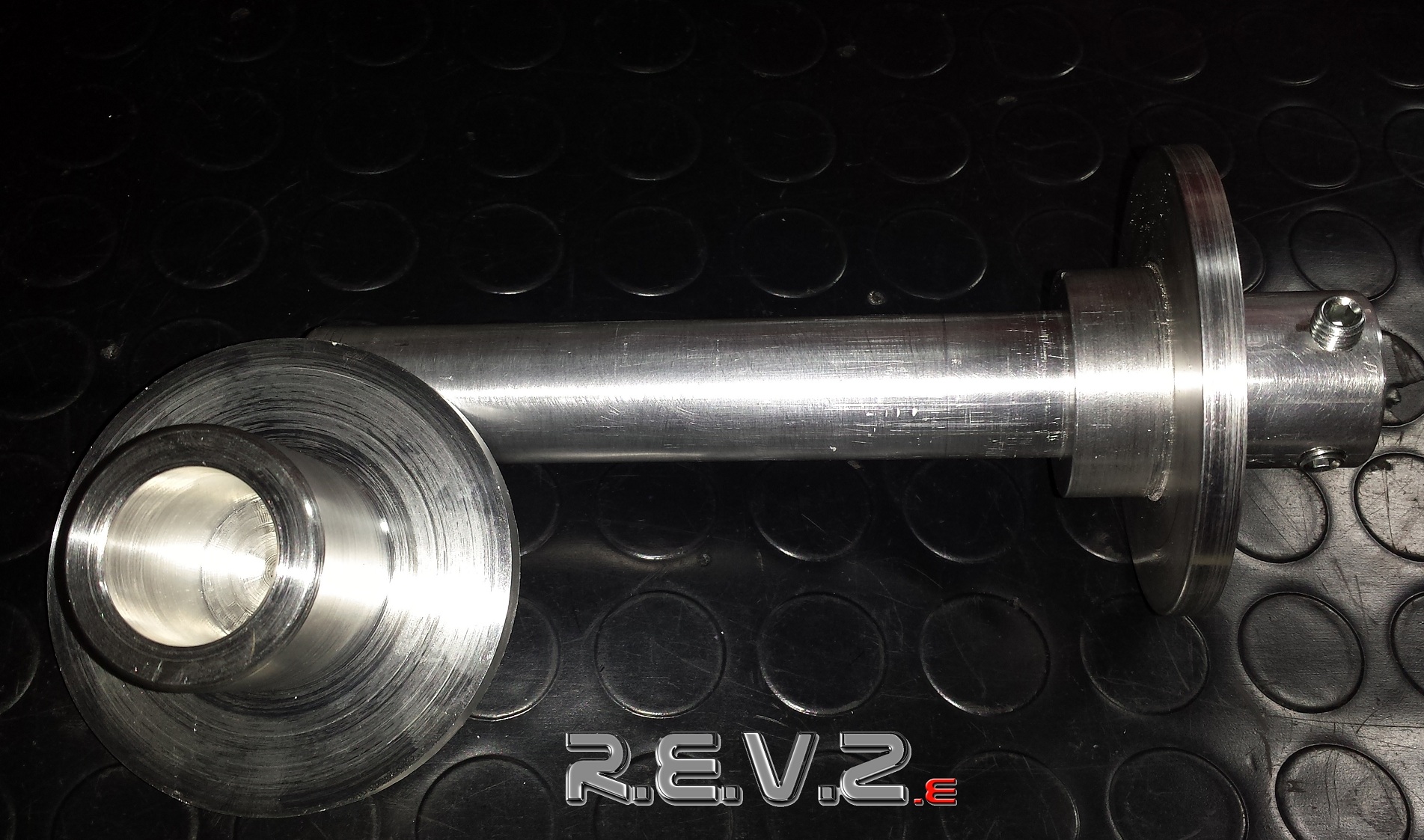 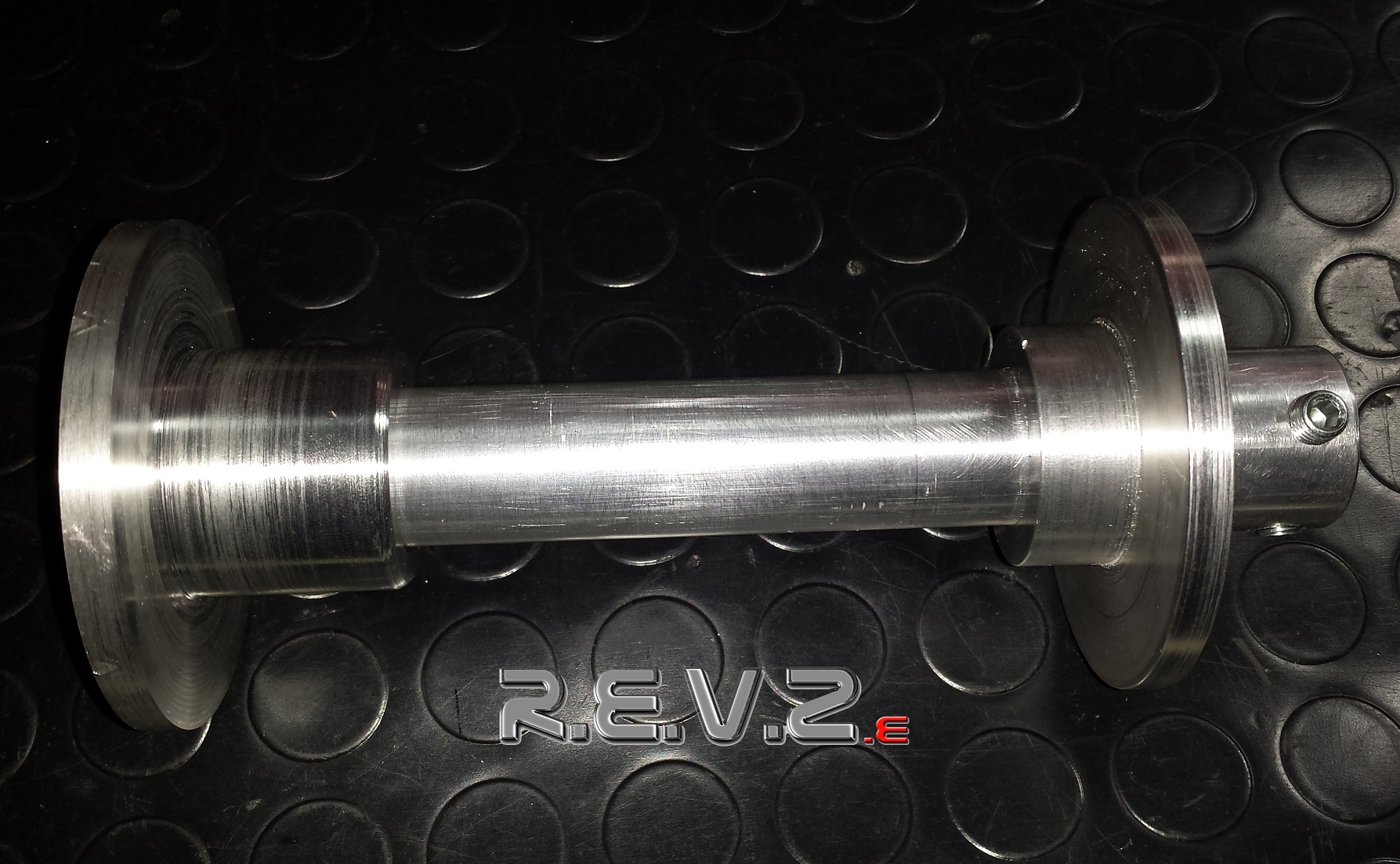 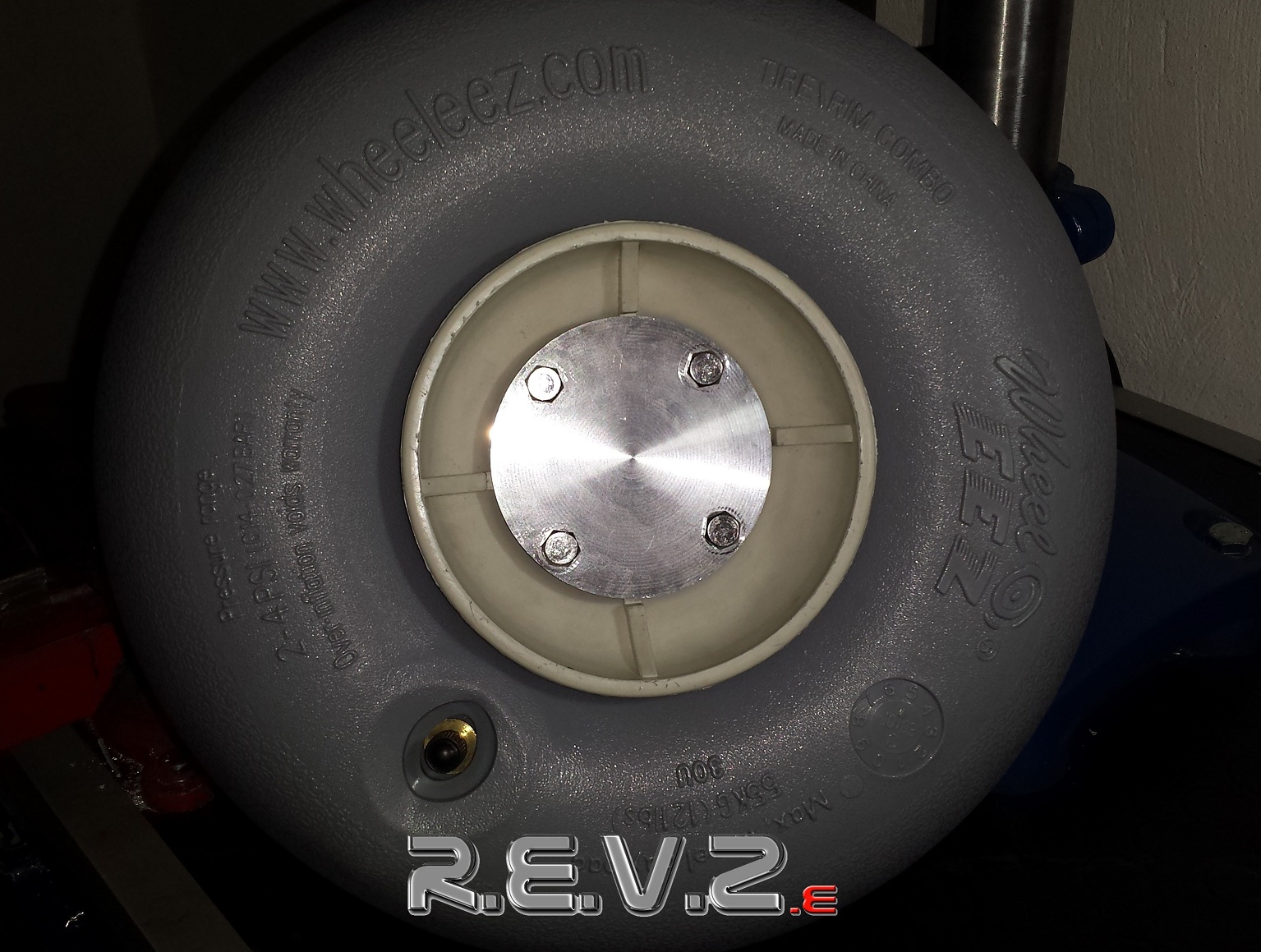 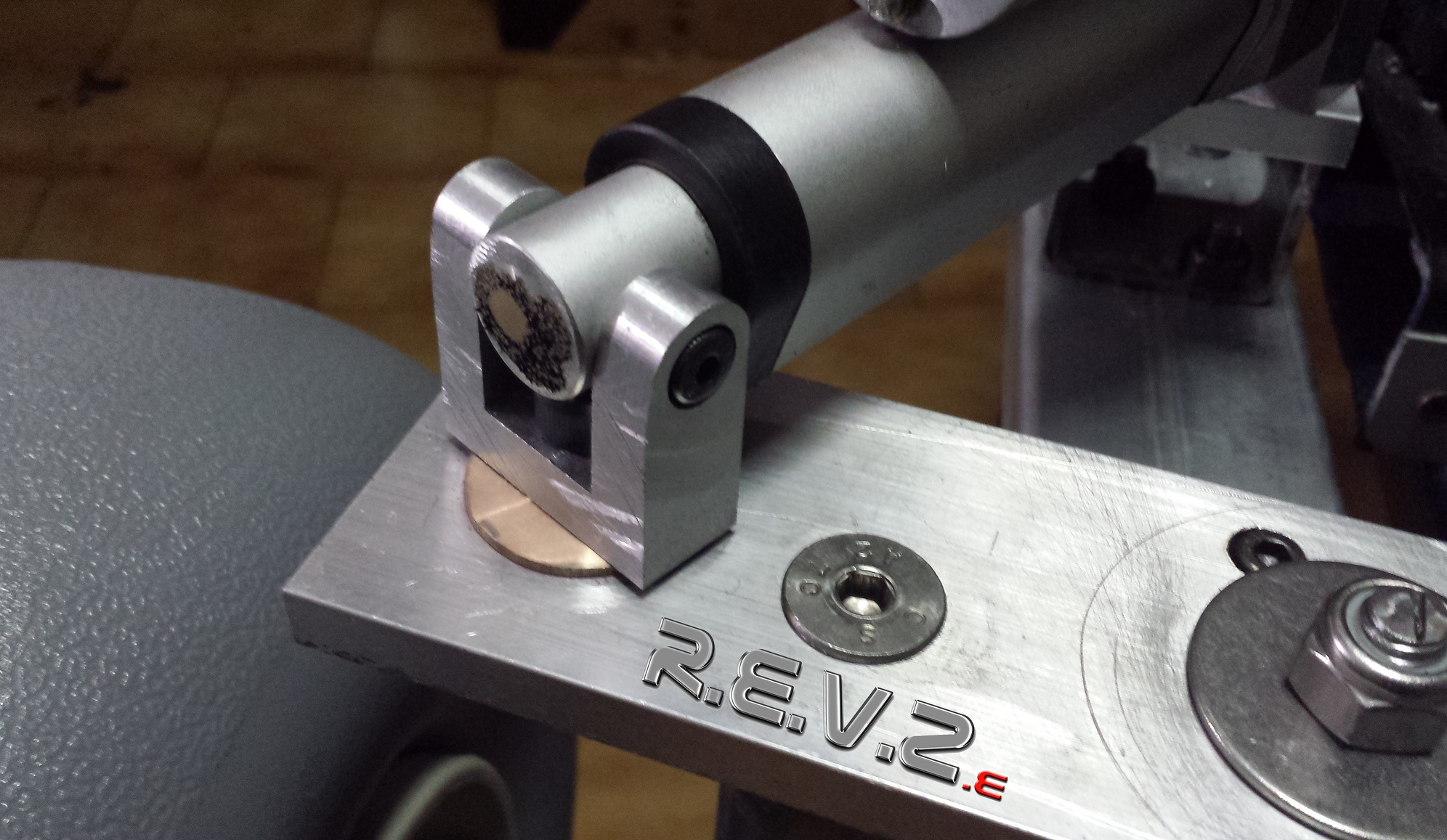 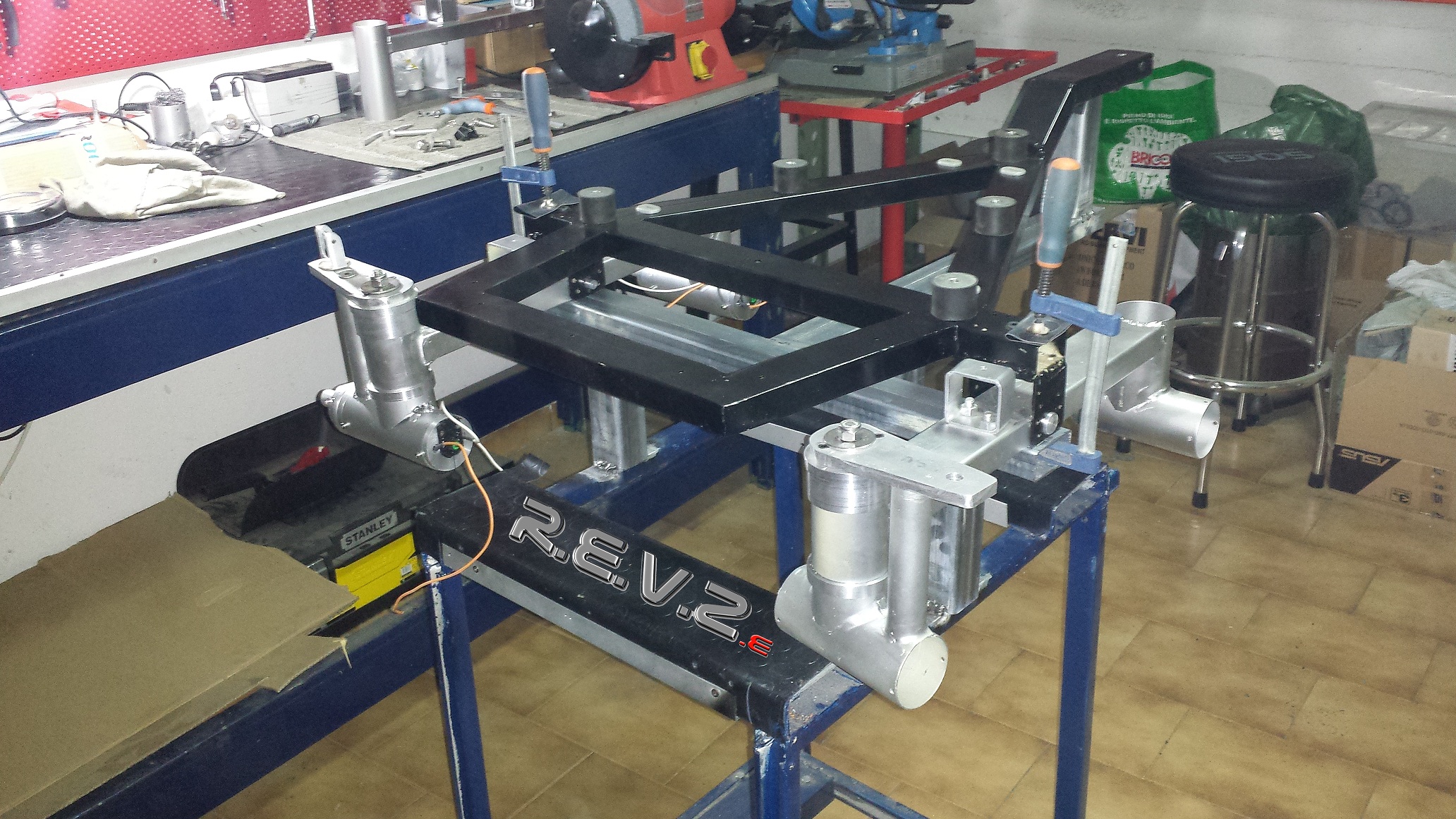 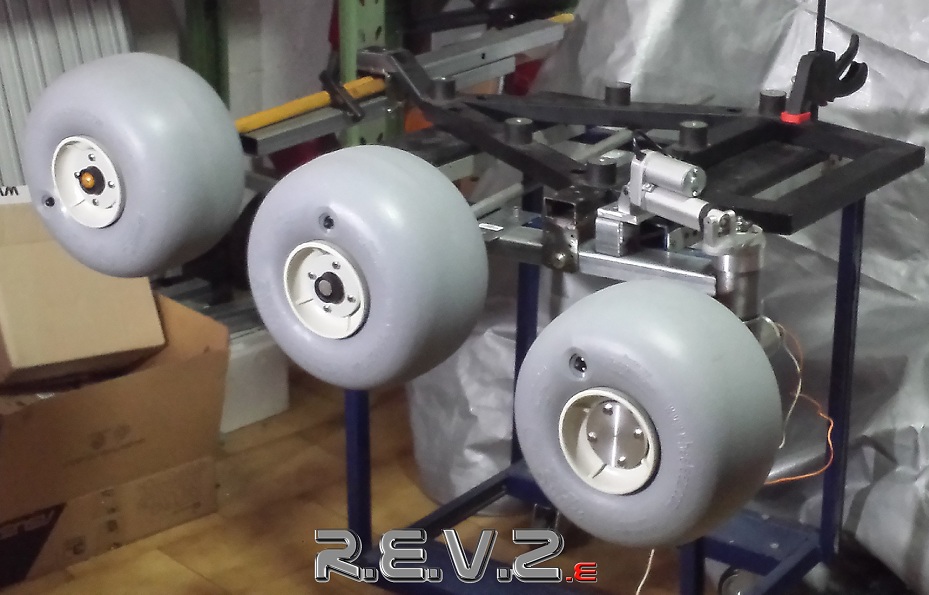 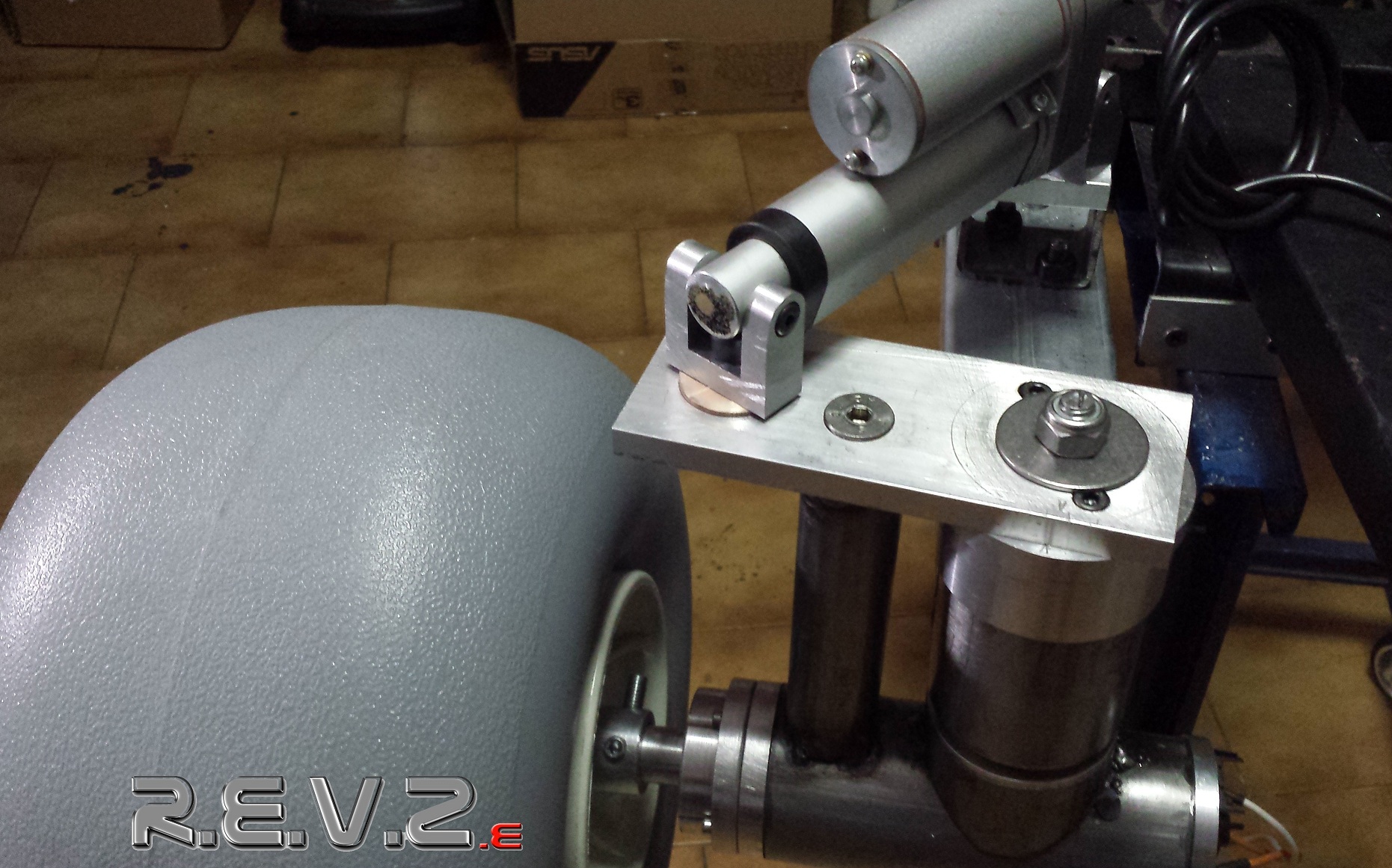 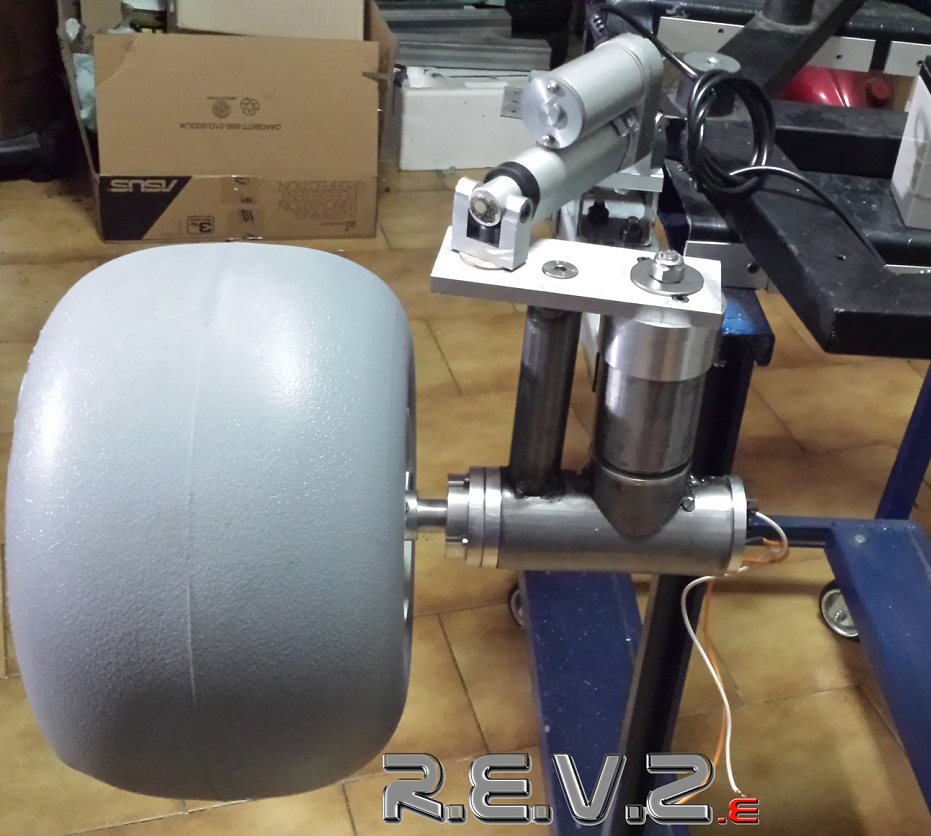 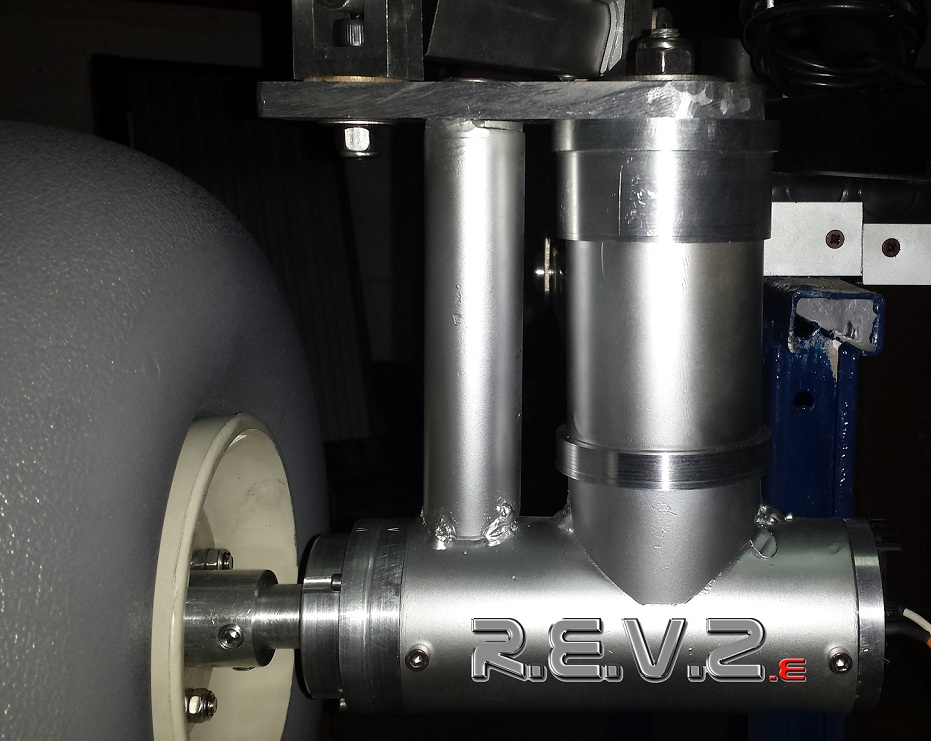 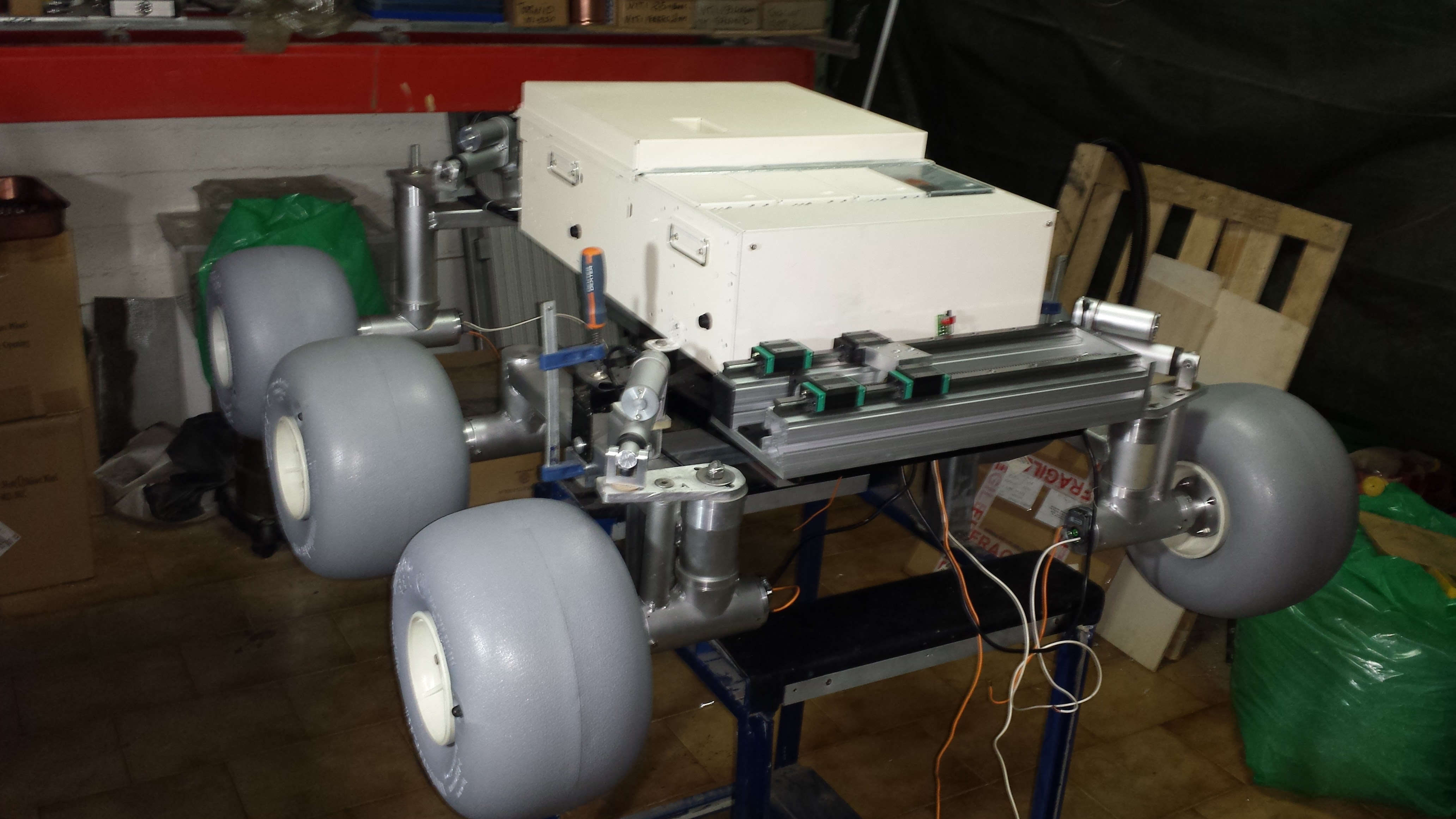 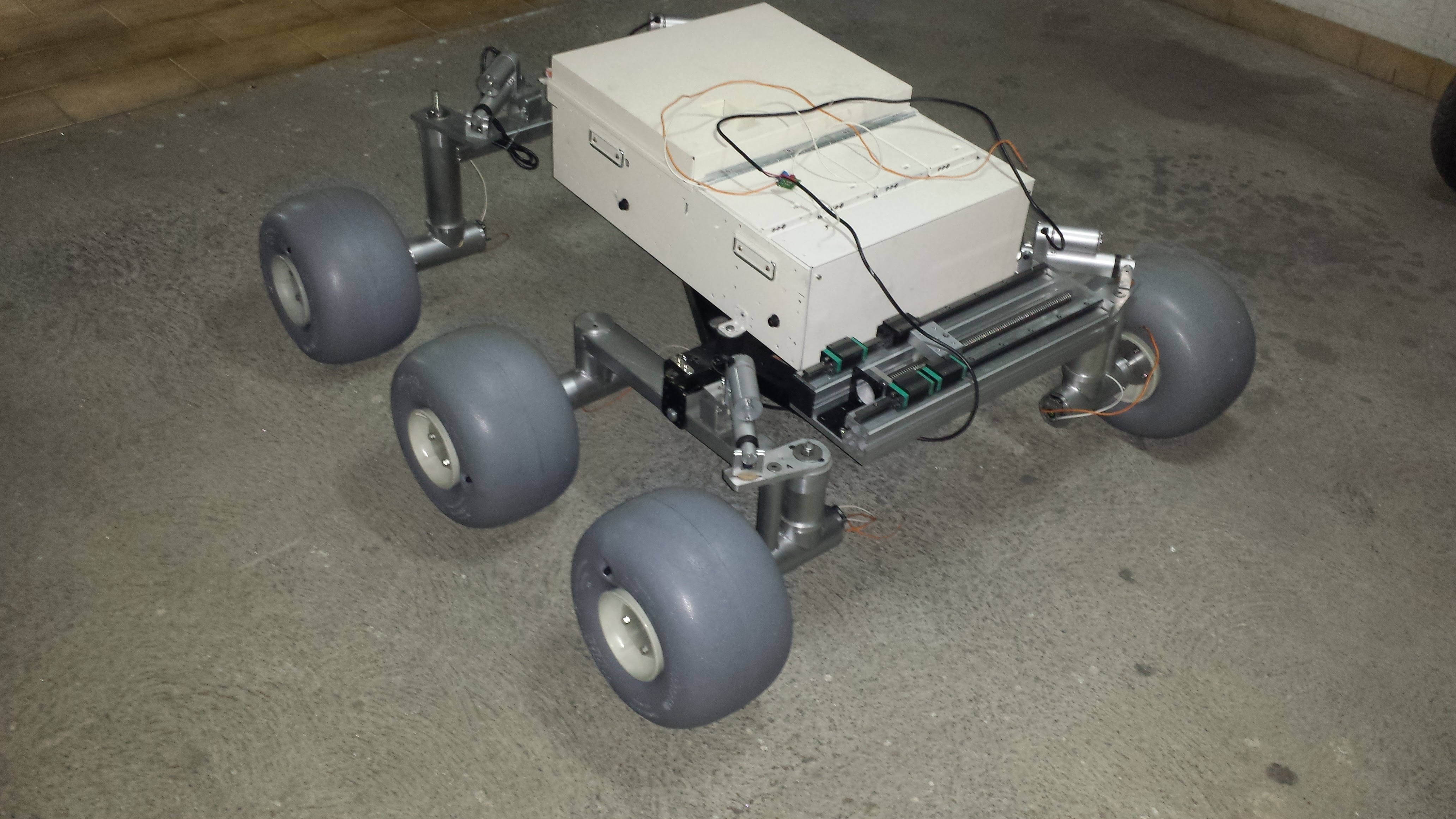 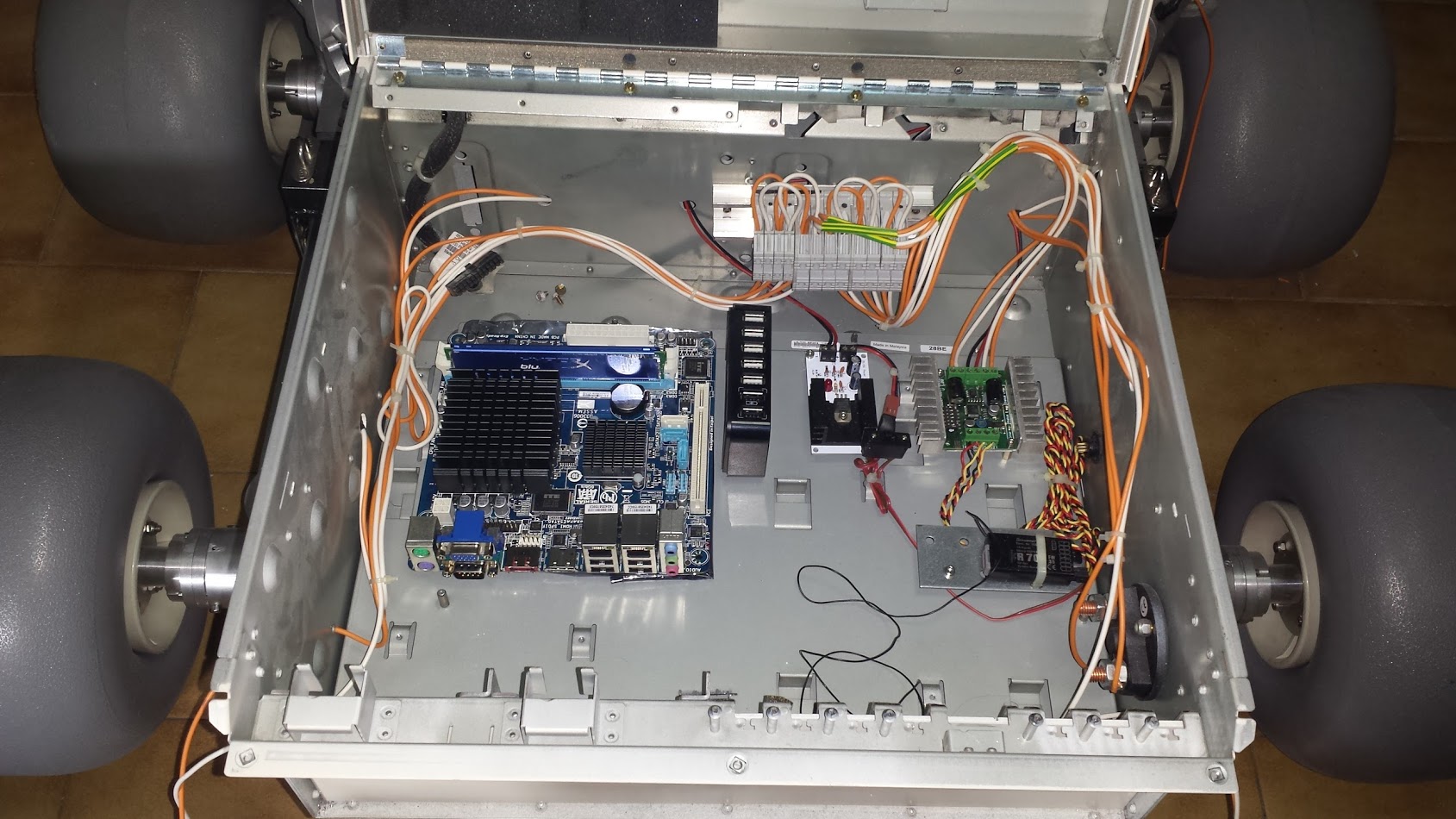 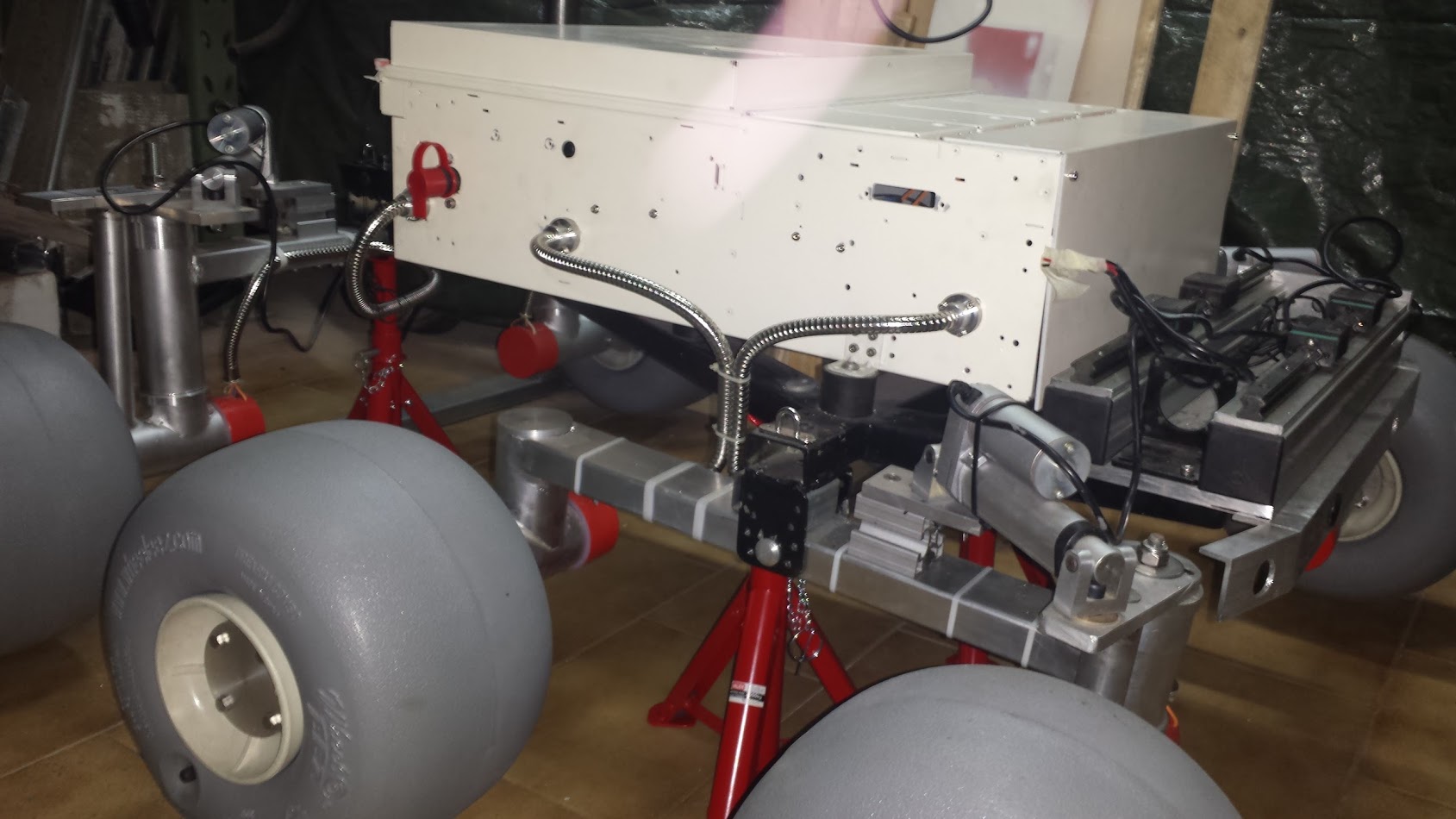 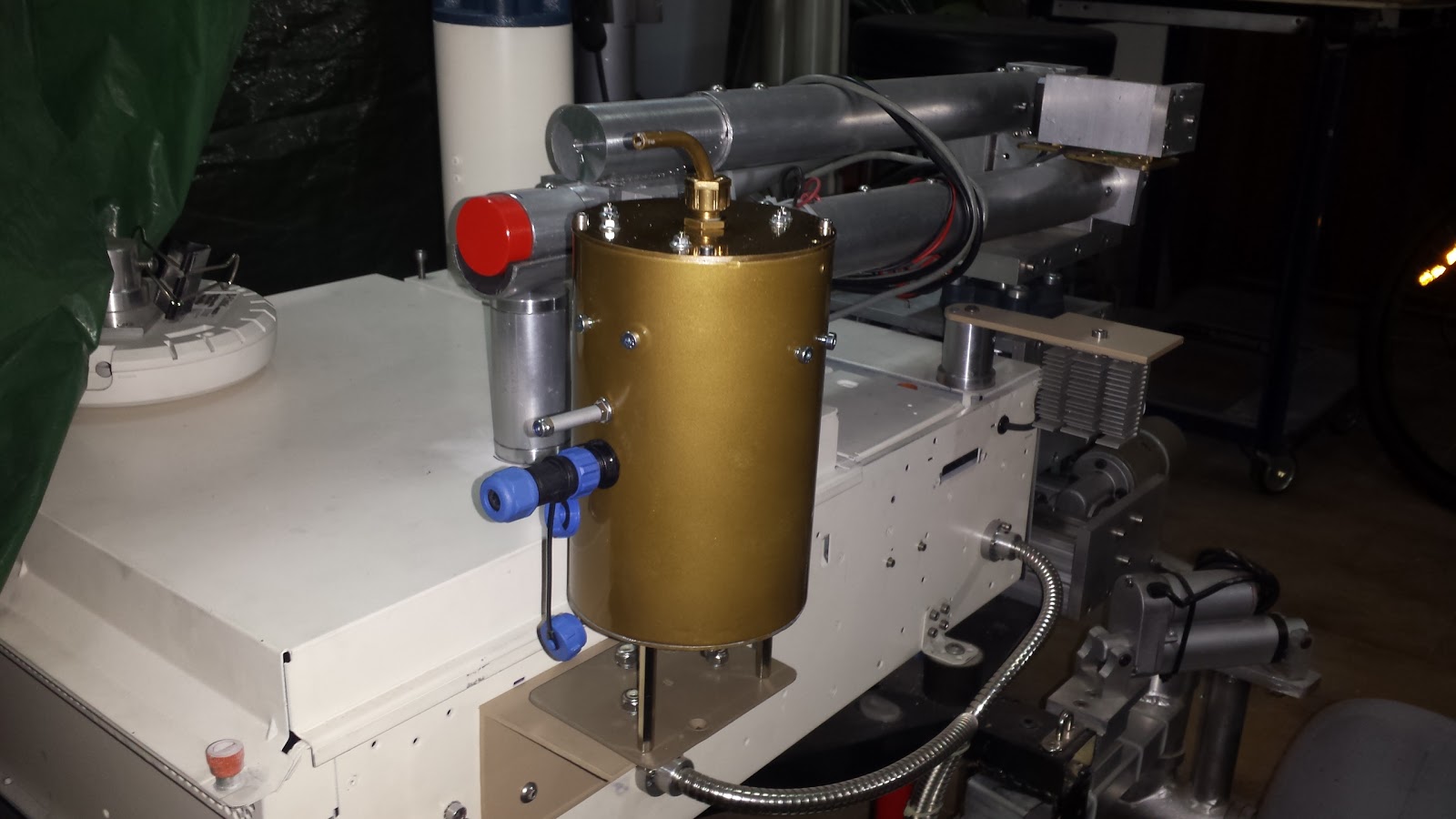 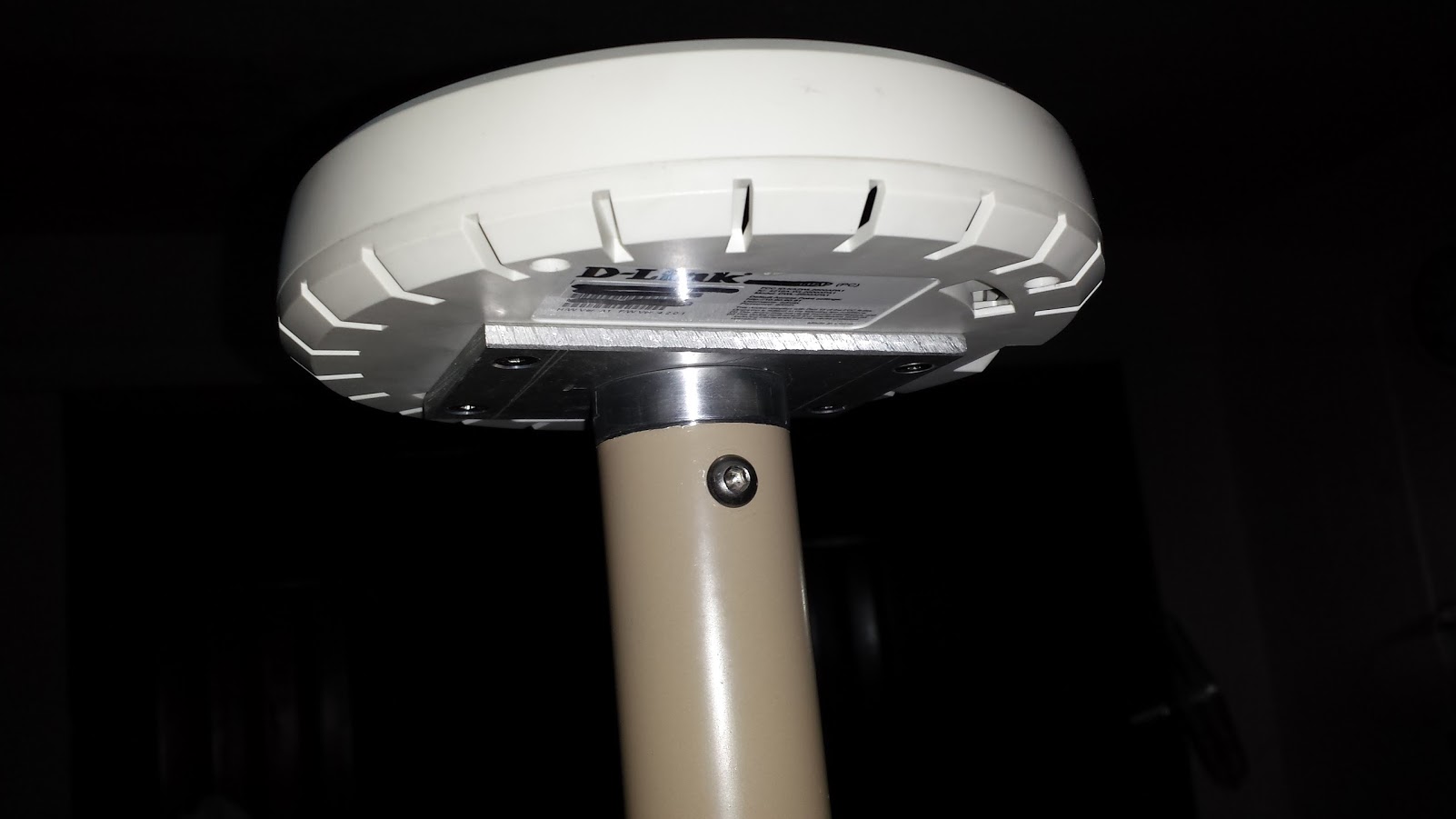 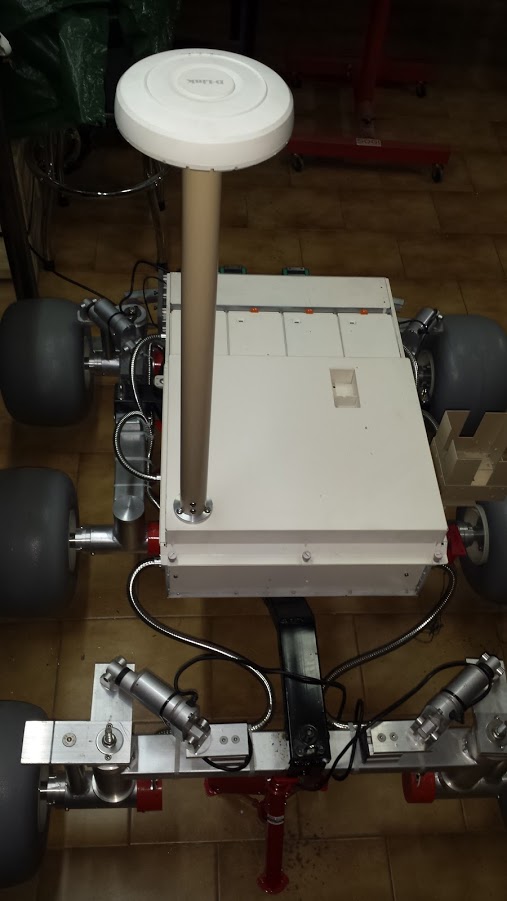 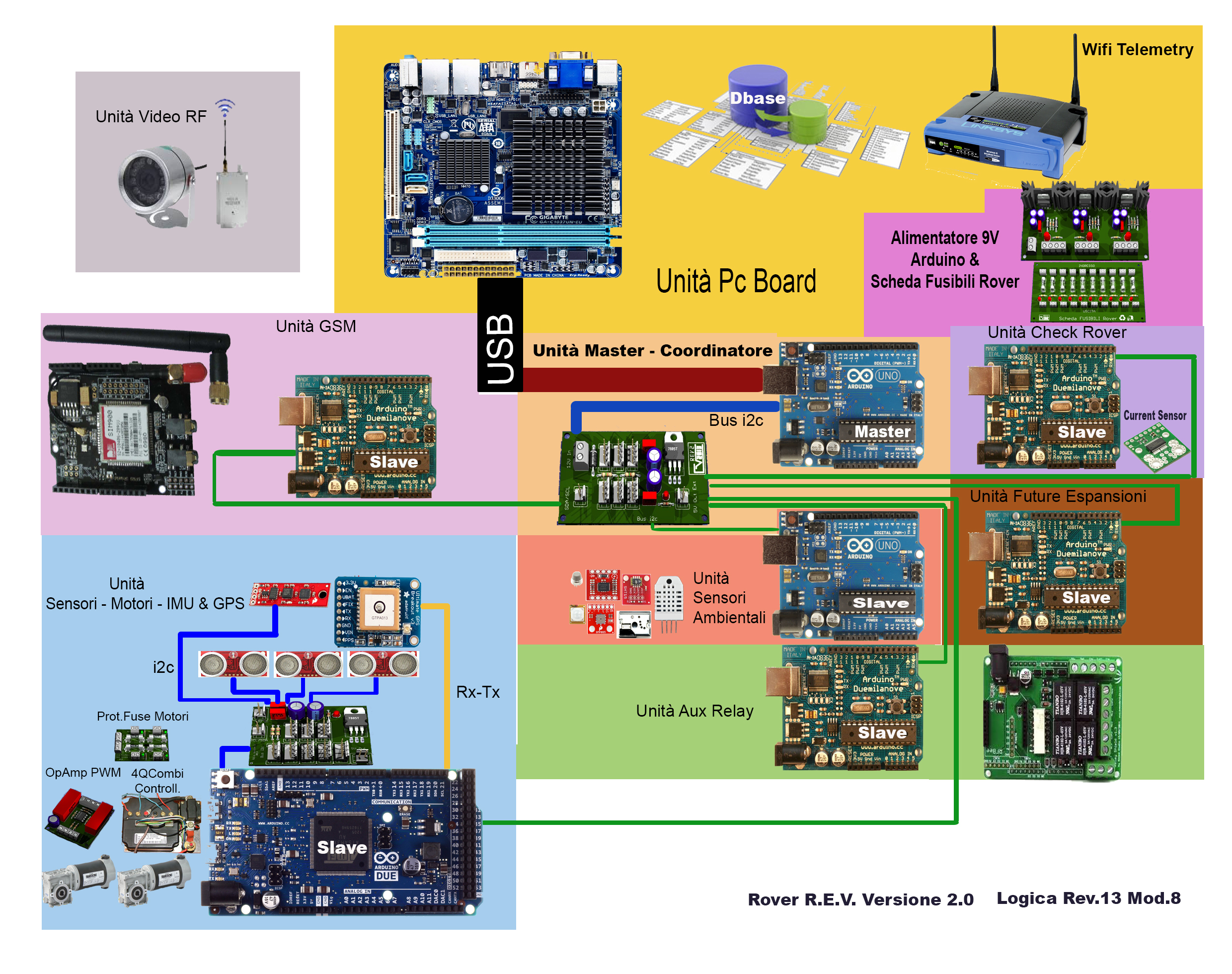 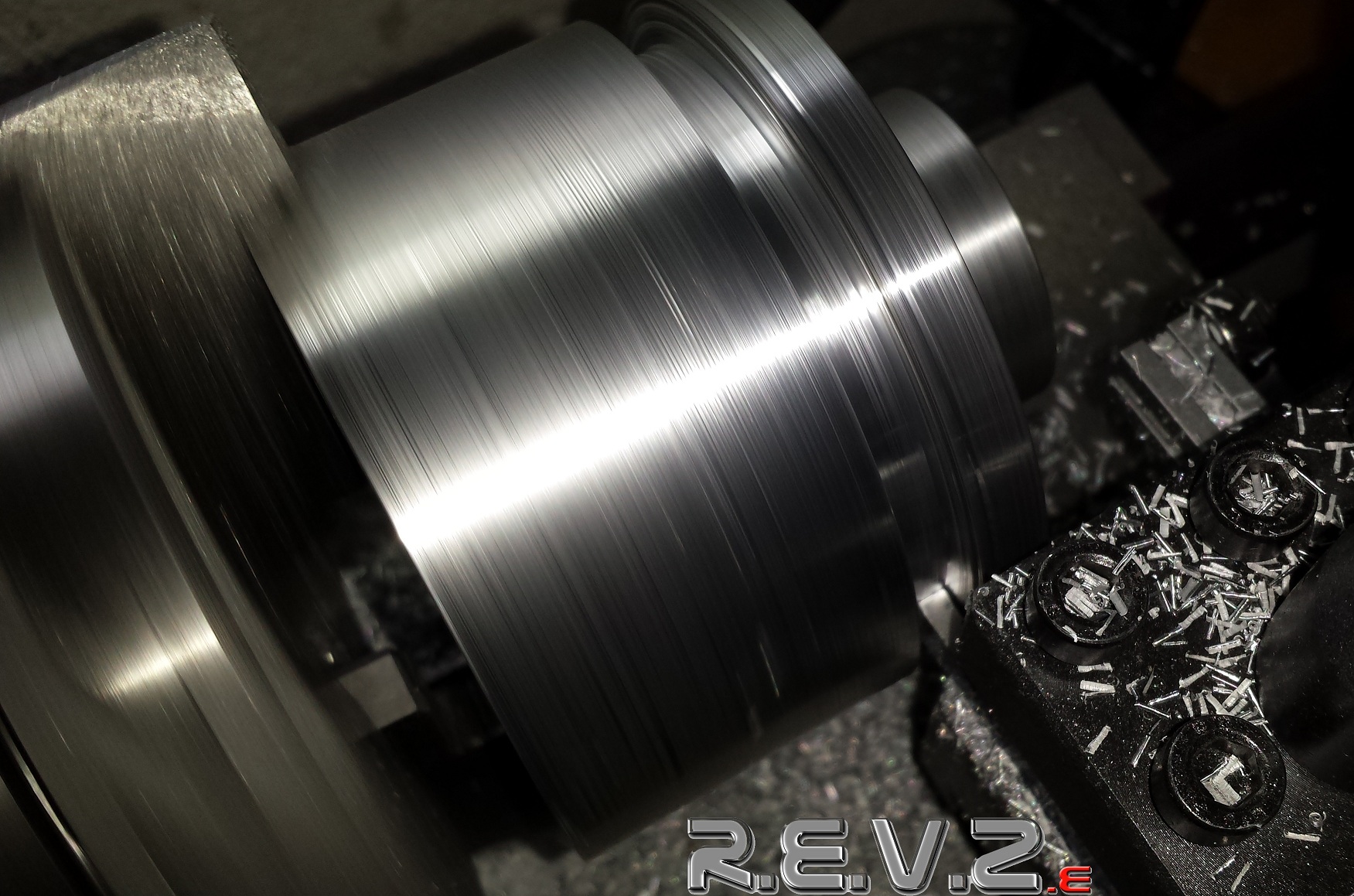