Project for controlling a LEGO Train with Arduino and LEGO® Power Functions.

Project for controlling a LEGO Train with Arduino and LEGO® Power Functions. 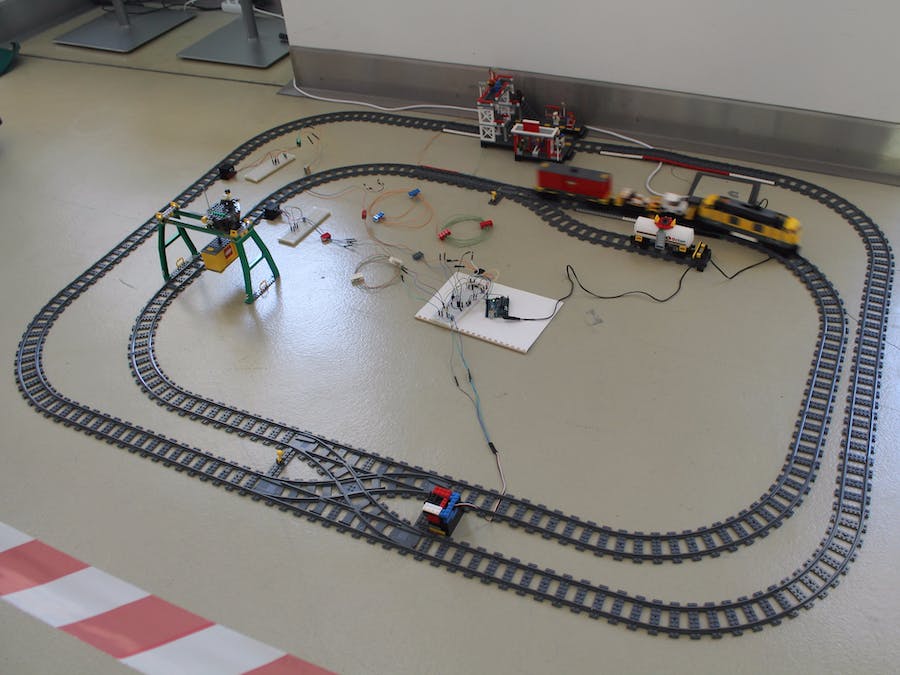 On june 10 i attended a workshop about electronics and computer (http://ei.aicb.pt) with a project bases on LEGO Power Functions and Arduino.

The project involves a LEGO Train that was controller by an Arduino. The goals were:

To build the project, beside the LEGO blocks and train, was used:

To control the train at the station were needed two IR leds due to the range and angle of these. One controls the station entry and the other the station exit. To control the position of the train were used two obstacle sensors. One controls the number of laps on the inside track and the other controls the station entry. One difficulty that arises was the train control. LEGO offers the code to interact with their Power Functions (more info here) and there are four ways to interact with the train. Initially i used the Combo PWM but the train stops when exits the IR led range. After some help from the Portuguese lego Community (Comunidade0937) change the functions to the Single Output and the problem was solved.

This is the code used. It’s also available on my GitHub account.

The obstacle sensors return ‘1’ there isn’t an object in range and ‘0’ if there is.

The final result is this:

The servo that changes the track:

The code is also available on my GitHub account (https://github.com/d4rks70rm/ArduinoLegoTrain). The tutorial that i used to configure the LEGO Power Functions is this -> Link.