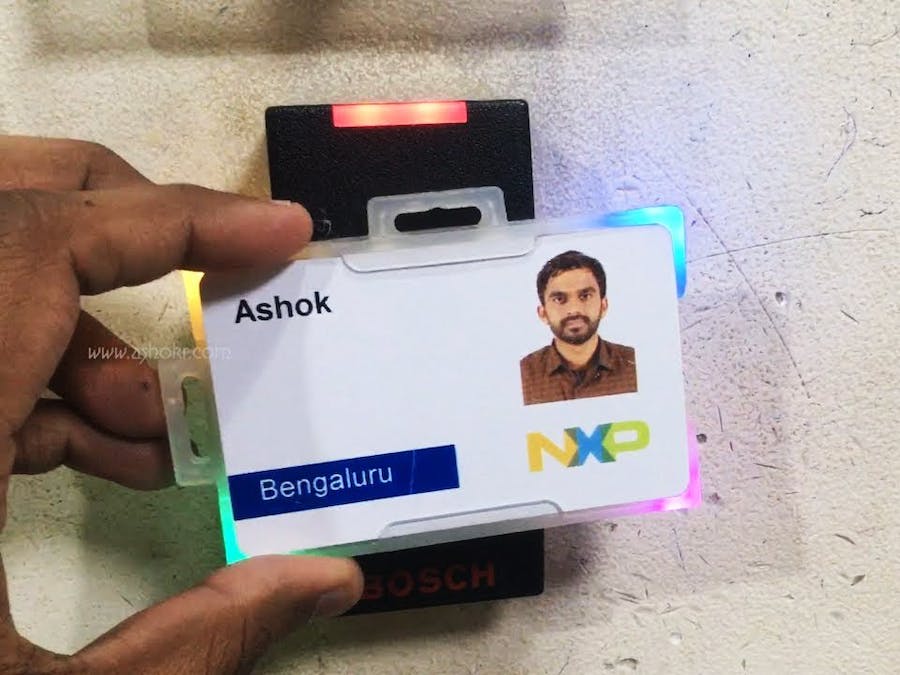 This idea of adding NTAG I2C in ID card is my old thought but the time came now to make it for this BadgeLove contest.

There is nothing much in this design. All you need is to get the NTAG I2C antenna and ID card frame (Crystal White). Connect a few SMD LEDs (4 in my case) in parallel between Vout & ground. Use glue gun for wiring and placing led's in the corner.while flashing the card the NTAG gets energized with field and creates voltages across Vout (1 - 3V proportional to distance ) and ground in NTAG I2C, this feeds power to smd leds. Data transfer between the reader and actual ID card creates changes in field which creates blinking effect.

Also the user information will be stored in NTAG , it can be accessed through mobile app (NFC).

The working demo is here: