Telepresence using the RaspberryPi and a VR Headset

Telepresence using the RaspberryPi and a VR Headset 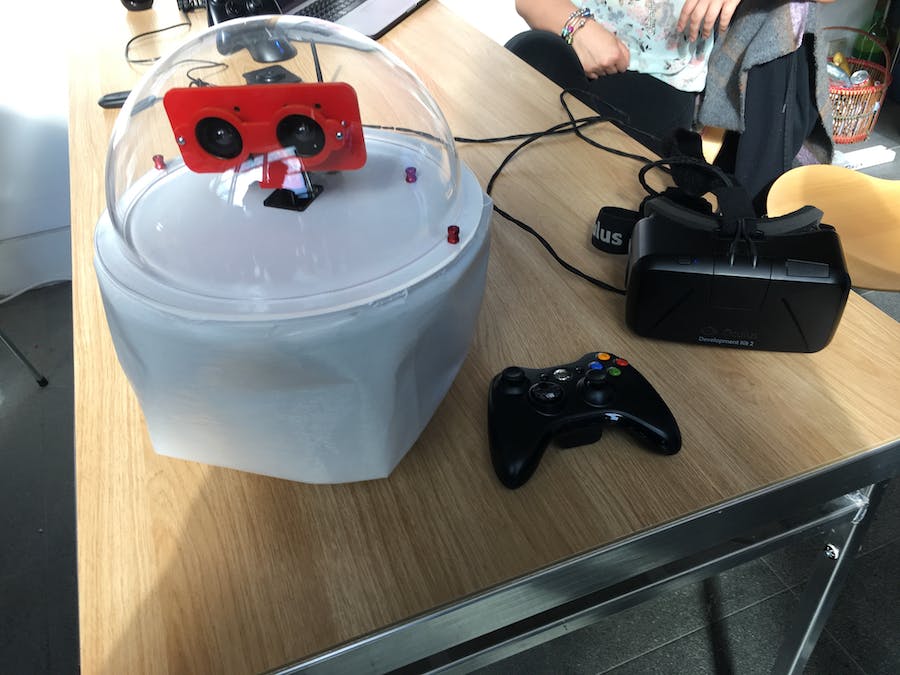 This is the first version of a Raspberry Pi based remote viewing project, AstralPi, combining the Raspberry Pi, a Pimoroni PanTilt camera and an Oculus Rift.

To obtain the Rift HMD sensor data AstralPi uses a Python wrapper for the OpenHMD library that I created as part of VRZero - Virtual Reality on the Pi, in Python.

The AstralPi setup in action:

The ultimate goal is to create a stereoscopic, and wireless version, using a Raspberry Pi Compute Model 3 fitted with 2 Cameras and an HDMI video sender.

The final setup will require an additional Pi to connect the Rift to the USB and then transmit the rotational data, probably va BluetoothLE, to the CM3 module with the PanTilt camera attached (on the robot).

The ground work for the 'final version' has begun, 'screenshot' below:

2 projects • 14 followers
Maker, Hacker, Tinker. Experienced in Software, Electronic and Robotic projects of all shapes and sizes for fun and for profit.
ContactContact