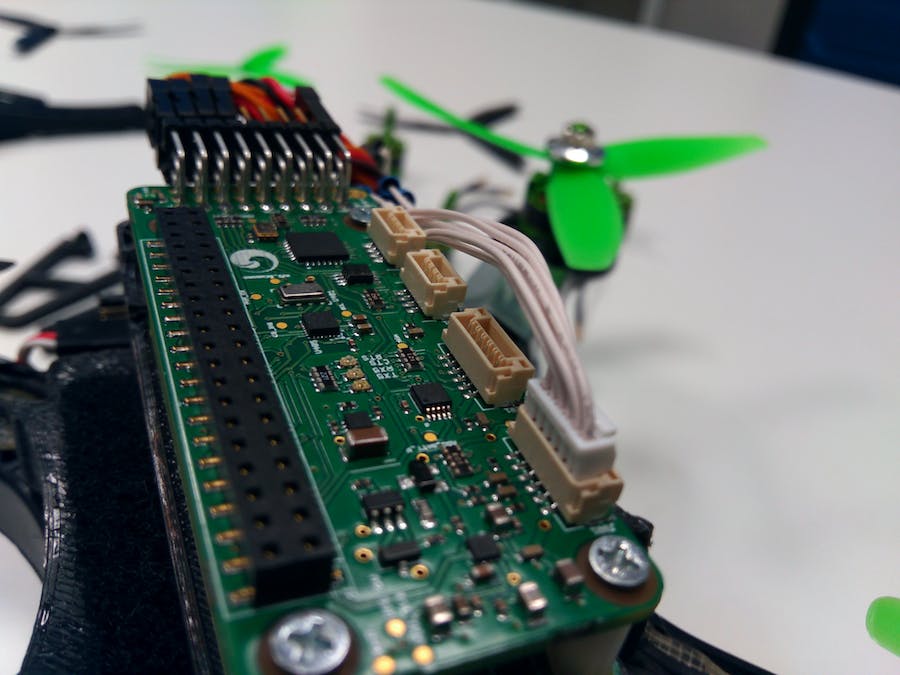 This tutorial demonstrates how to build a Linux drone with the Raspberry Pi Zero using a BOM (Bill of Materials) of less than 200 US$. The drone uses a real-time capable Linux kernel, a Debian-based file system and Dronecode’s APM flight stack compiled for the PXFmini autopilot board. All these components have been put together by Erle Robotics in their OS image for the PXFmini.

The Pi0drone and its components
Step 1: Assemble the drone kit

Once you get all the components start by assembling your drone:

Step 2: Get the autopilot ready

Connect the PXFmini shield on top of the Raspberry Pi Zero as described in the following content:

The PXFmini (stands for PixHawk Fire Cape mini), a 69€ autopilot shield for the Raspberry Pi to build robots and drones.

You're almost done but you still need to get the right software on the Raspberry Pi Zero+PXFmini set. This should include the flight stack, an appropriate kernel, enabled daemons that auto-launch on boot, and additional goodies...

Fortunately, if you purchased the PXFmini from Erle Robotics you'll get access to their Debian images which include all this so just fetch a PXFmini compatible Debian image and flash it into a microSD card.

Mounting the autopilot (Raspberry Pi Zero + PXFmini) in the drone can be done using several methods. Pick yours and connect the JST GH cable from the power module to the PXFmini. This will to power the autopilot when the battery gets connected.

Next is mounting the PWM channels in the autopilot. Get your ESC cables and connect ESC 1 (corresponding with motor 1) to PWM channel 1,  ESC 2 to PWM 2 and so on.

Step 4: Mount the propellers and get it flying!

Finally, you'll need a way to control your drone. I propose two methods:

The following video shows how to pilot the drone using the last option.

6 projects • 39 followers
Hardware Engineer, I love learning about anithing related with (open) hardware and Linux world and how they interact! That's the cool part
ContactContact