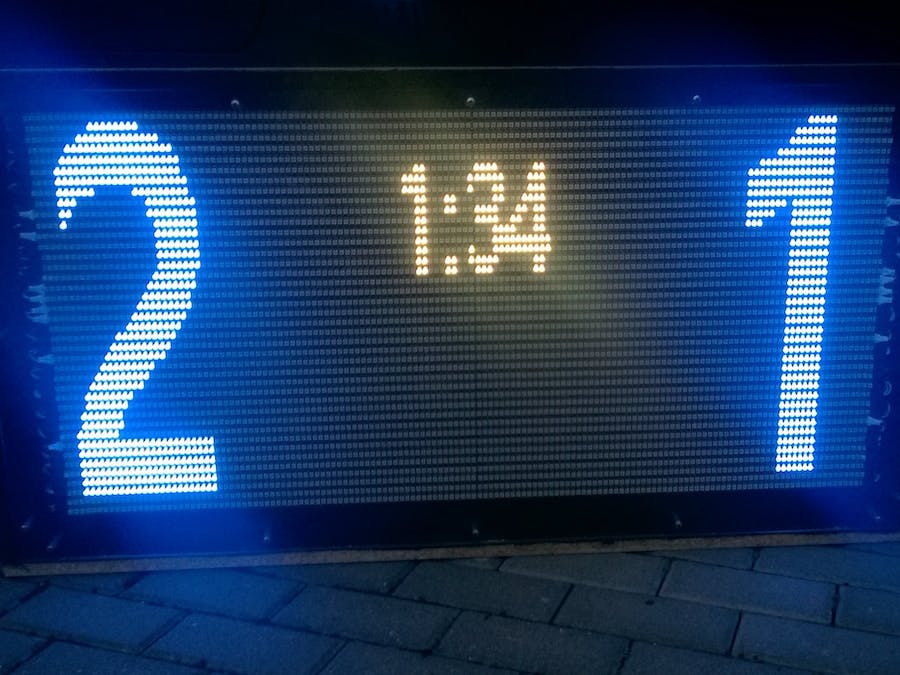 In every football game of our team is not really clear, how long they have to play. And especially when the home team is behind it is also difficult to find out the current score. To fix this problem I started this project. Via remote access this Videowall is used by the stadium speaker to inform all spectators about the current status of the game.

The Videowall was realized with WS2812 led strips. These were already finished soldered and could be glued on. There were 40 strips used wherein a strip contains 144 LEDs. Thus, 5760 RGB LED's were installed. Thus the Display is 52cm high and 1m wide. These are controlled by a Teensy 3.2 board. There is a library that divides an image signal into eight channels and controls the connected LEDs in the correct time grid. Thus, 5 strips each were connected in series which contains each channel 720 LEDs. The Teensy receives its data from a universal Windows app (UWP) which runs on a PC, a tablet or as in this project on a Raspberry Pi.

This app reads pictures and videos from a USB flash drive and prepares them for later use. The app can be operated in several ways. Either by direct connection of a monitor, a mouse and a keyboard on the raspberry or via Windows IOT Remote client. The remote client can be installed from the store and so it even can be used on the new Windows 10S. The interface allows the user to make different basic settings, such as the color of the display or the duration of the game. On the main screen, the timer starts when the whistle is blown and is displayed on the video wall as well. The score is also adjusted on the left and right border for each team. The display can currently play pictures and videos in AVI format. Further improvements will follow. 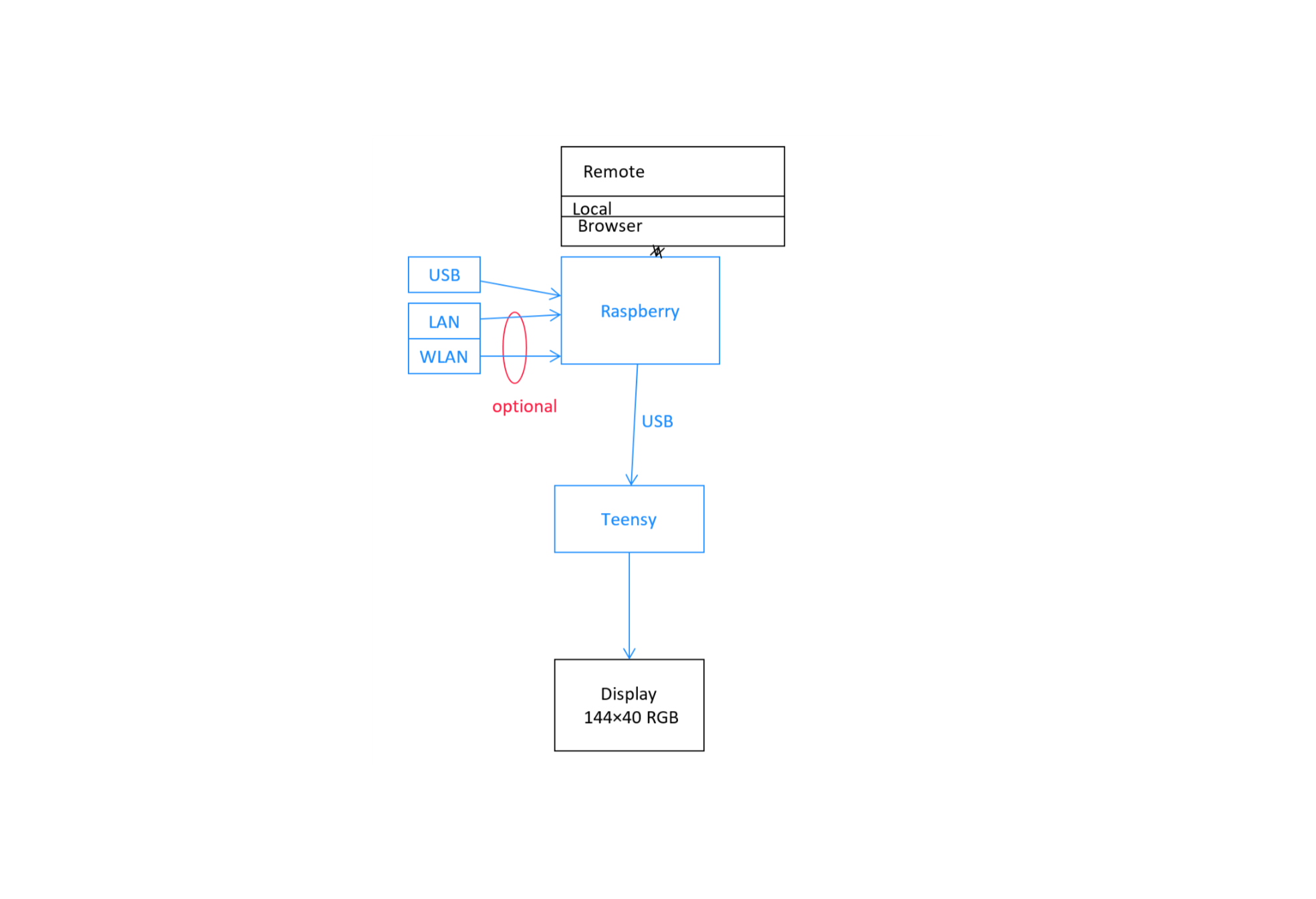 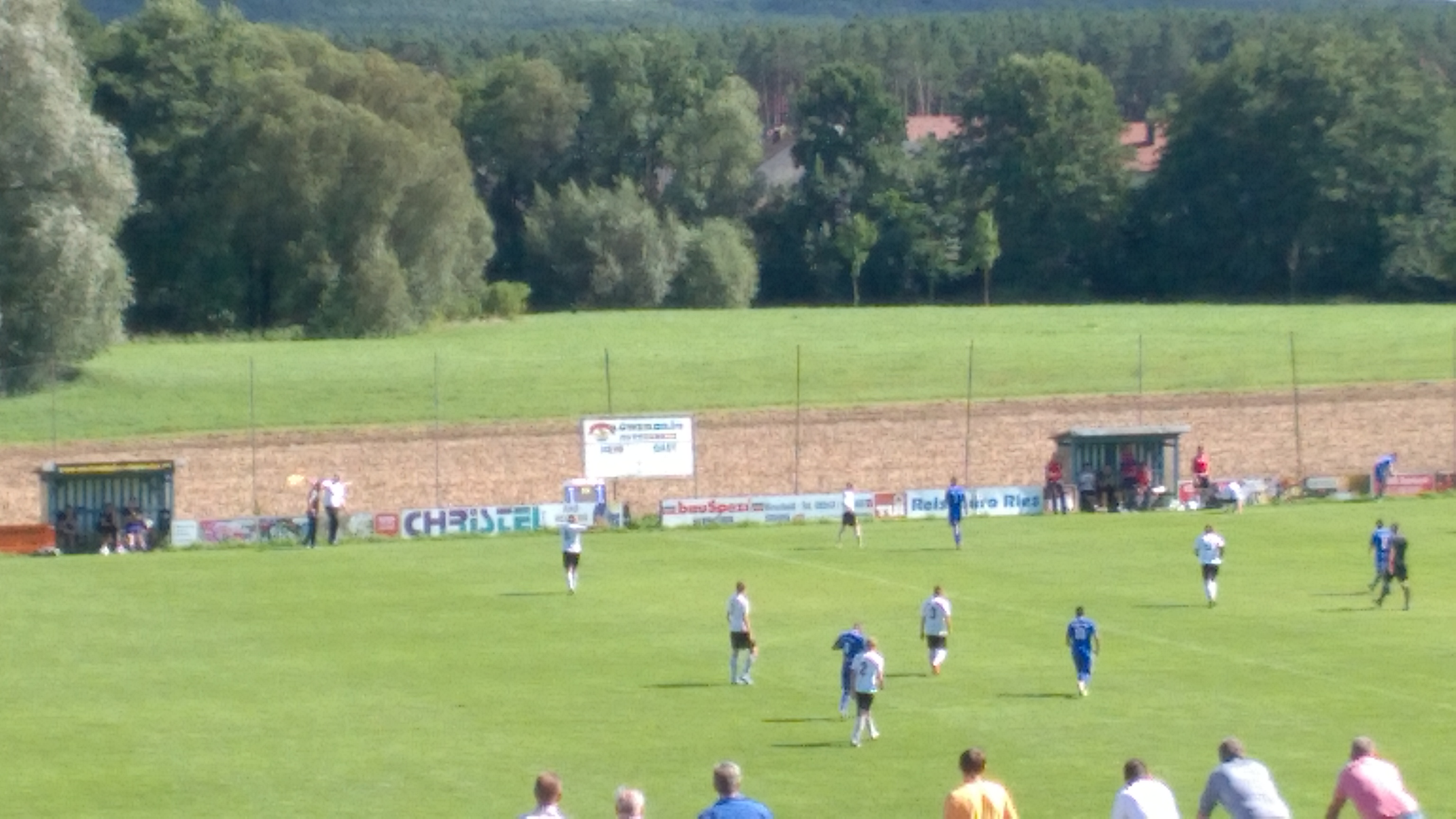