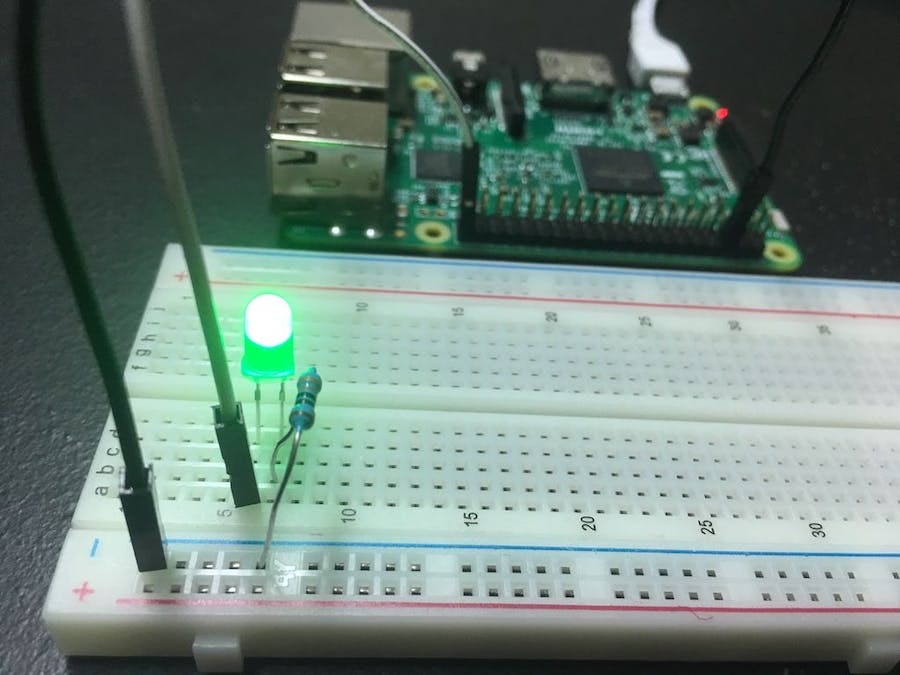 You'll need the following components to connect the circuit.

Except for the Raspberry Pi, you can buy a basic starter kit which will include all the other components.

Please keep the Raspberry Pi turned off until the circuit is connected to avoid accidentally shorting any components.

This completes the circuit. Refer to the picture and the schematic above.

Once the circuit is complete turn on RPi. Open a text editor like nano/vi using a terminal.

Create a file gpio.py and copy the below code. You can also download it from GitHub repo.

Exit the file and run the program in the terminal using:

Step 4: Take It a Step Further

Now that you have interfaced Raspberry Pi and an LED, you can try taking it a step further.

You can use Amazon Echo to control the RPi GPIO !!