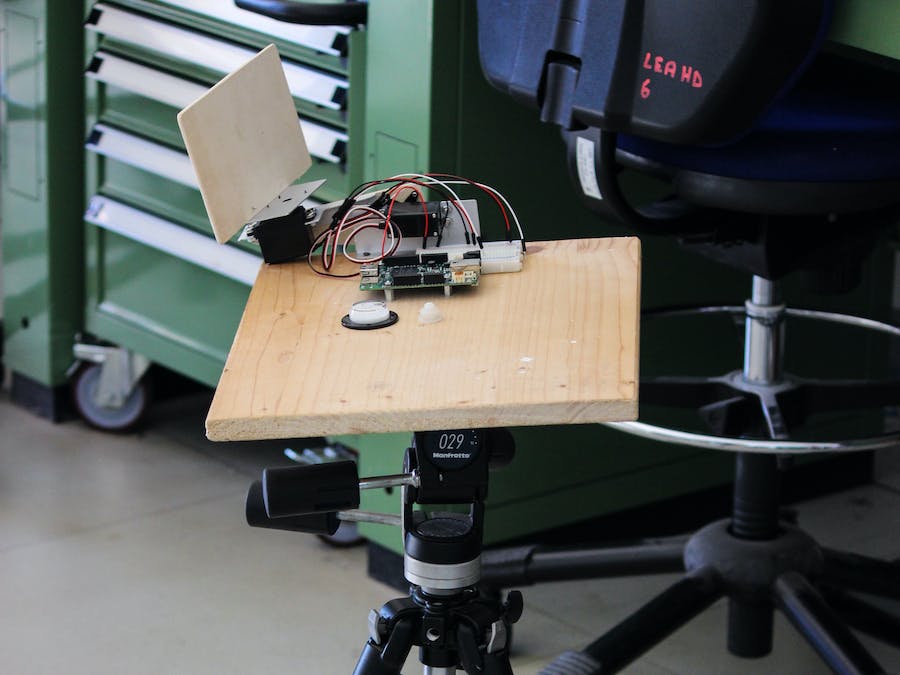 This is only an experimental project which may have further developments and improvements.

Ubalance is composed by two wooden platforms linked by two servomotors that manage the inclination of two axes (x and y).

The logic behind how the platform behaves is quite simple, after that the base platform has been calibrated, the second platform linked by the servomotors opposes to the movement of the base, trying to stay parallel to the ground.

The following video shows a better understanding regarding how the system works:

We assembled the engines uncoupling their movement. Below, photos to clarify how we performed the assembling:

This is the linking configuration of the pins. You only need 8 male to male jump wires and a breadboard:

Ubalance works thanks to a Python script that reads the angles from both gyroscope and accelerometer (integrating measures using a complementary filter already provided by MAGUM library) and an Arduino sketch that works as a static controller and moves the engines. Below, a flow chart showing the communication between Python script and Arduino sketch:

Python script needs the Python module Pyserial to communicate with Arduino, and MAGUM library to read data from the sensors.

Install Pyserial running this command from your terminal:

Download MAGUM library from Github (https://github.com/ubalance-team/magum) and install it following the documentation of the README file.

2) Copy the Python script in a new file and save it with ".py" extension

3) Run Python script typing this command on your terminal:

Be careful at the calibration: don't move UDOO Neo while calibrating!!

4) Now it should work. Move the base platform and verify it! 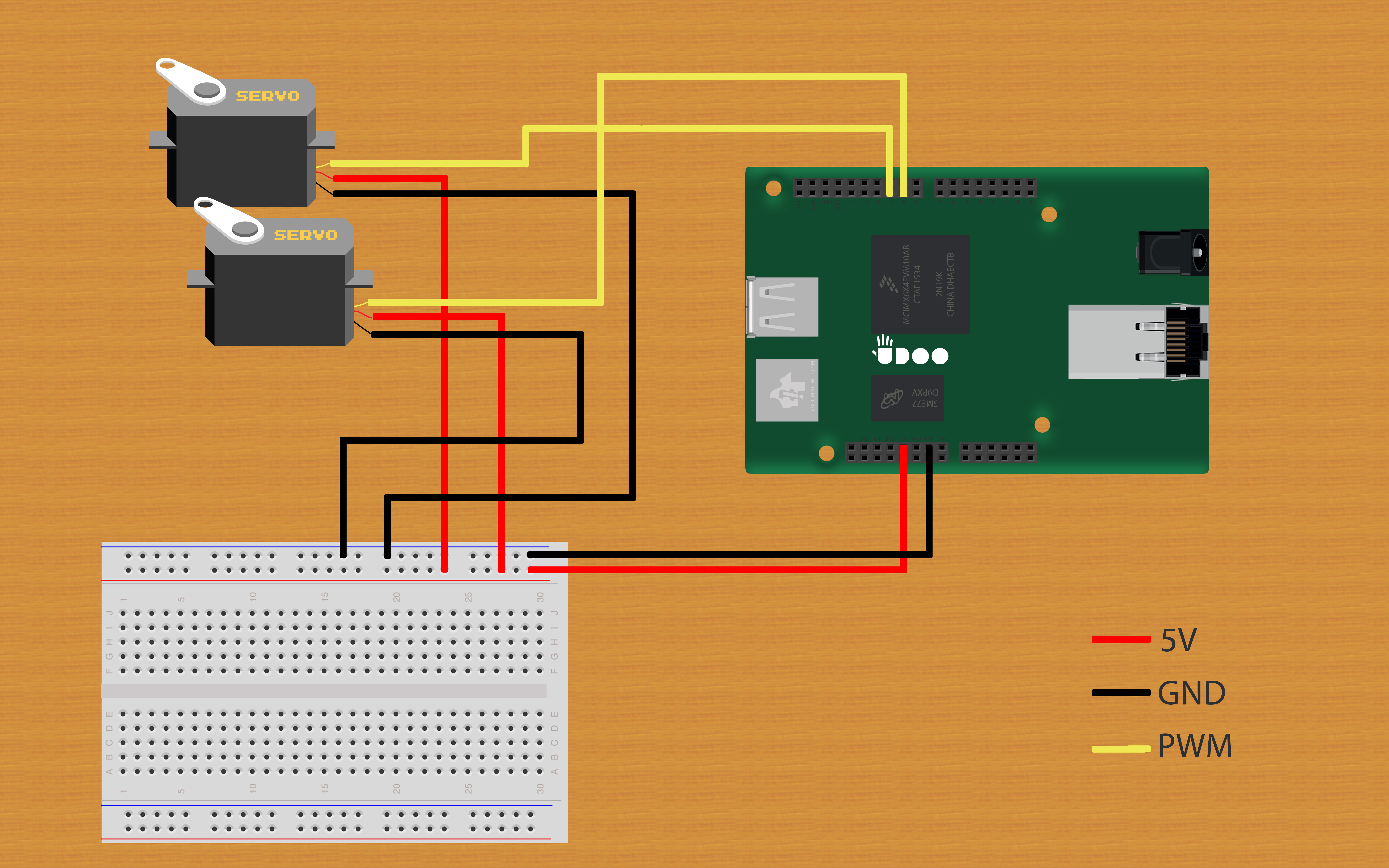 2 projects • 8 followers
Bachelor degree in Computer science and Information engineering. In the future I'm attending the Master of science in Robotics Engineering
ContactContact