My Voice Activated/Controlled Home, Using the Linkit Smart and an Android with easy to use examples and libraries

My Voice Activated/Controlled Home, Using the Linkit Smart and an Android with easy to use examples and libraries

Voice controlled home automation system, with easy to use examples and libraries. All just using any android device and a Linkit Smart 7688 Duo, which uses a command library that get sent back to the android, so no need to make a new app I already did that for you...

This is a prebuilt application to easily allow you to modify and experimentWith the appliances in your home, all running on a microprocessor (Linkit Smart 7688 Duo)

The android client is all premade and as soon as you press the microphone and say a command, the app will grab that command and send it to the Linkit SMART 7688 Duo to the Ip and Port specified.

As soon as the command has been said, it will immediately send it, and wait for a response, which will be parsed into multiple commands such as Image, Flash, Maps and Speak Here is an example of turning a light on.

This is from top to bottom of how the Linkit Smart 7688 Duo sends/recv from the Android client, if you want to just start using the example code skip this part.

You only need to worry about the commands library for this process to work, to see that look at the how to use it section below

If using ultrasonic for placement of items

Before we can move on with the setup of the server and devices, there are a couple of pre-things we need to do/know.

Make sure you have the above steps completed and the wiring before moving on, If the Udoo - Rfid or Ultrasonic scripts don't work make sure you're running the python script on the linux side...

Here are all the steps needed to get all sensors workig

2. Unpack it on desktop

7. Navigate to where apk was placed

9. Make sure WinSCP and puTTy are installed

11. Get the Ip of SMART by connecting through station mode or by router admin

12. Connect to SMART using that IP (Default login = root, Pass = what you used before)

19. On computer navigate to 'Sensors' (Not using WinSCP)

20. Under each folder where there is a arduino sketch, modify it for your networkThe Ip's, SSID and PASSWORD values then flash to each device

21. If on Udoo quad/dual copy modified arduino sketch over on flash drive

22. Flash the Due on the Udoo with the new sketch

23. One file in Sensors -> Neo is a python file called Home_Auto_Neo

24. Copy on flash drive to Neo and run the python script as root NOT sudo example below

25. Open up the app and try the example commands

How to use it?

Did you see above how I highlighted each of the words. Well that's because the Commands() methods allow you to have the option of key selecting certain words out of a entire phrase. So no matter how you arrange the words as long as the keywords are located it will trigger. If both are there you just set your priority (if statement) higher up. So for the example here is the code for the mammoth.

Make sure you look at the examples provided in the code for the Linkit Smart 7688 Duo! 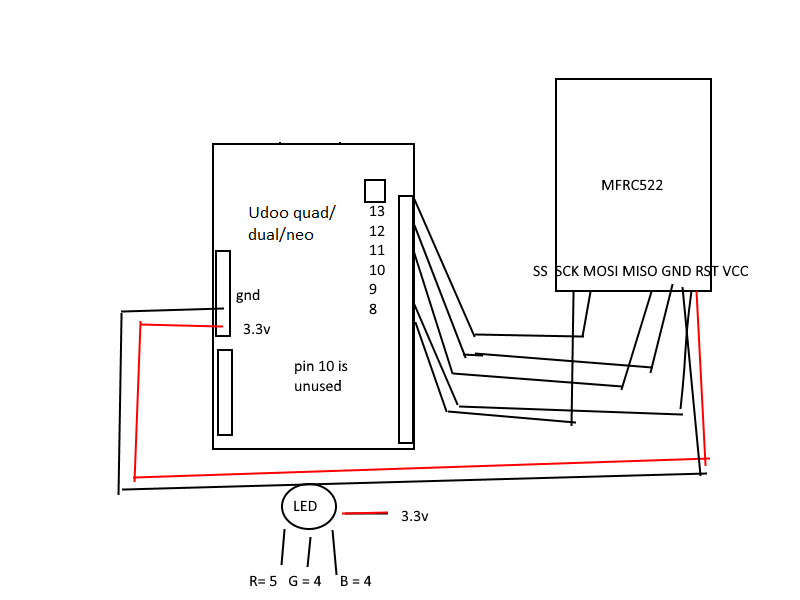 8 projects • 85 followers
I am a Full Stack/Deep Learning developer who likes to work on any kind of project that comes to mind.
ContactContact
Thanks to Miguel.