Simple game which the goal is to find out the 4 digits secret number randomly generated by the arduino.

Bulls and Cows Game with Arduino

Bulls and Cows Game with Arduino

Simple game which the goal is to find out the 4 digits secret number randomly generated by the arduino. 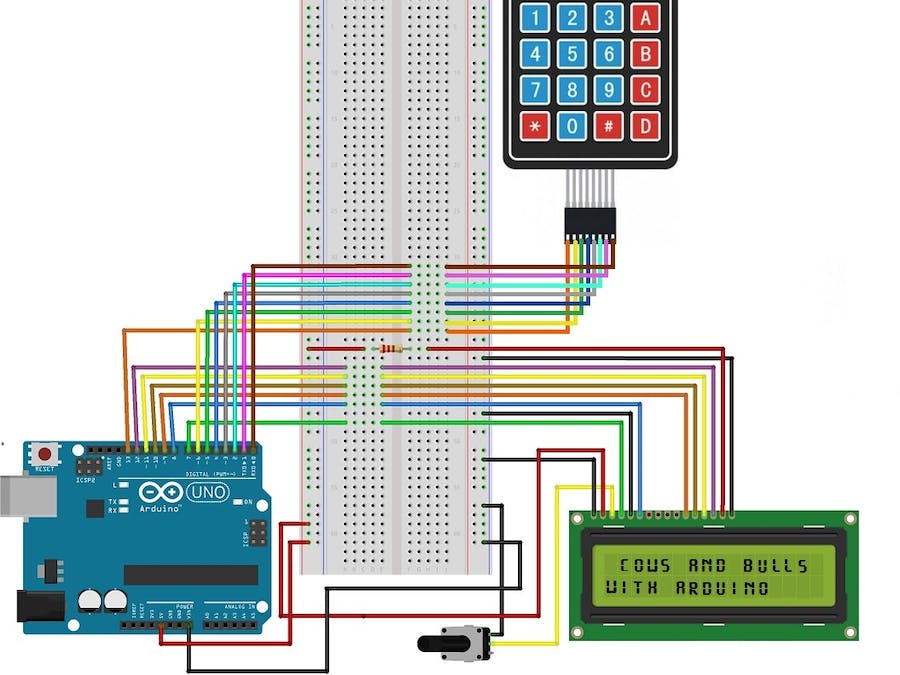 Also known as Cows and Bulls or Pigs and Bulls or Bulls and Cleots) is an old code-breaking mind or paper and pencil game for two or more players, predating the similar commercially marketed board game Mastermind.

It is a game with numbers that may date back a century or more. It is played by two opponents.

On a sheet of paper, the players each write a 4-digit secret number.

This time is made for playing against the Arduino, which generates 4 random digits that are not repeated.

Pressing the key 'A' starts a new game.

Pressing the key 'B' resigns the game and shows the secret number. 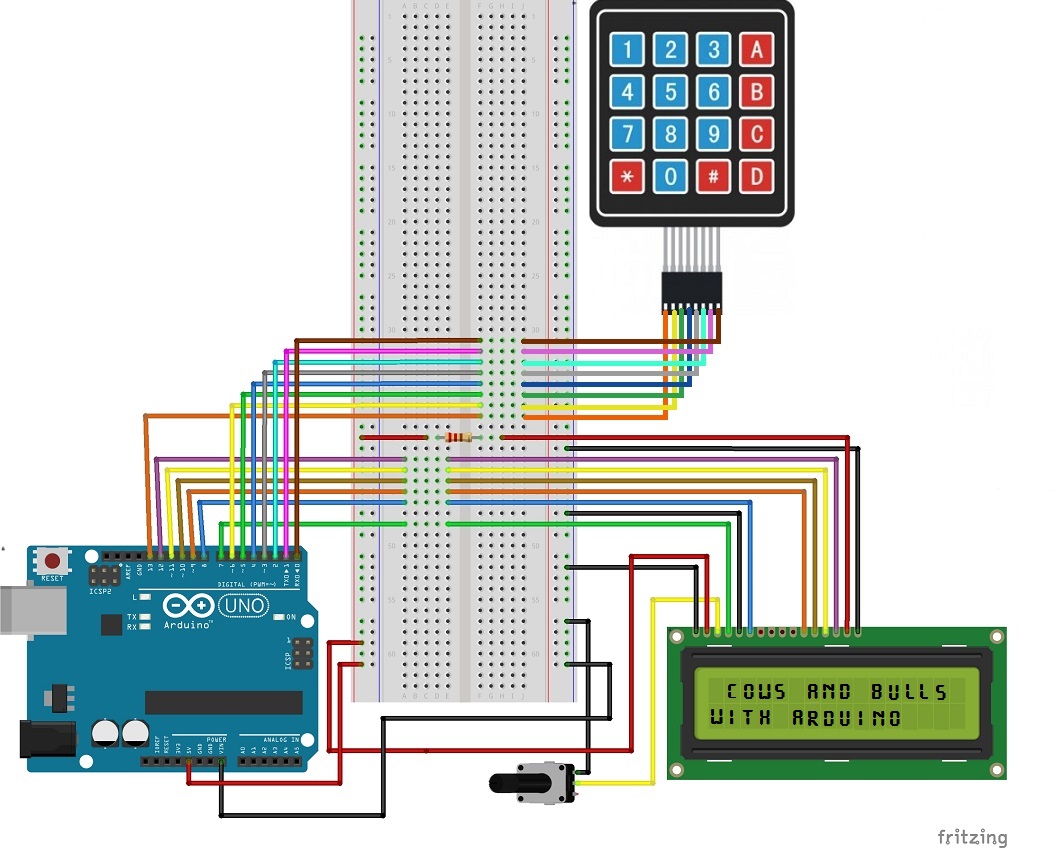