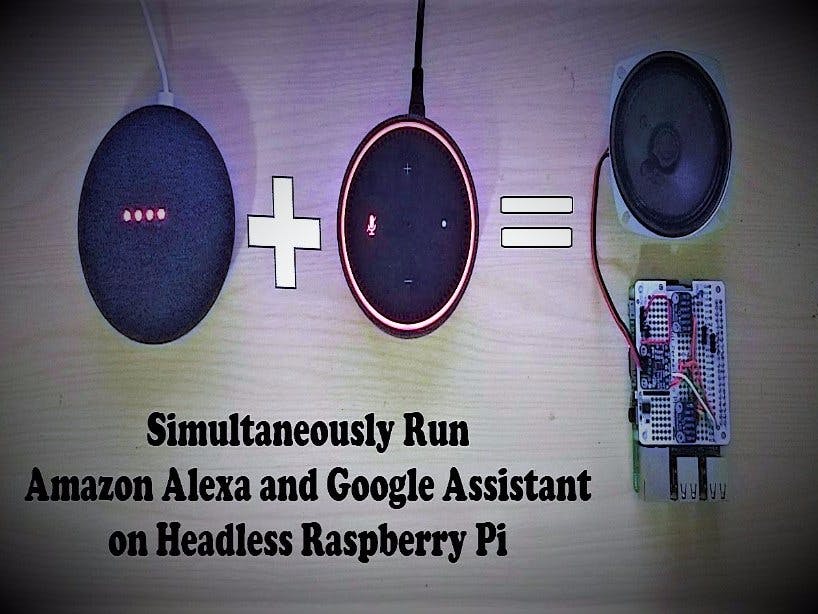 Before Starting the setup

Prepare the system for installing assistants by updating, upgrading and setting up audio using:

First, OS will be updated and upgraded. Thereafter, you will be prompted to select the audio setup like shown below:

Install the assistant/assistants using the following. This is an interactive script, so just follow the onscreen instructions:

At the start, you will be prompted to select your assistant. Select "Both" option to install bothe Alexa and Google Assistant

After both the assistants are installed, the end screen will ask you to authenticate Alexa before restarting as shown:

After authenticating Alexa, restart the Pi to enjoy headless 2 in 1 Assistants-Pi.