3D-printed monumets of Europe, a Raspberry Pi and Makey Makey. Can be connected to any screen and speakers.

3D-printed monumets of Europe, a Raspberry Pi and Makey Makey. Can be connected to any screen and speakers. 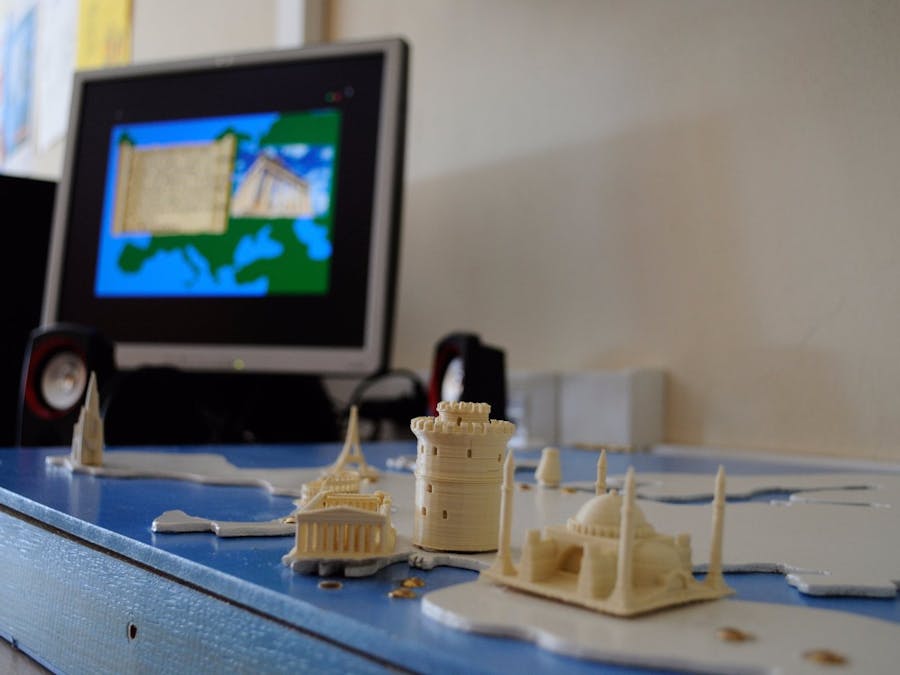 The board consists of a wooden structure with various 3d printed monumets of Europe, and can be connected to any screen and speakers. In front of every monument there are two metal pins and when they are touched the screen shows information and photos of the monument while the same info are being played by the speakers.

The project started in May 2016 as a part of a larger project from ellak.gr for using 3d printers in education. My school (Experimental Elementary School of Florina) collaborated with the 5th Elementary school of Florina and we formed a small team of educators (Giannis Arvanitakis, Sotiris Georgiou, Giorgos Katikaridis and Giannis Kaskamanidis) and a more extended team of students from various schools of Florina.

At the end of May 2016 i went to Athens together with Giannis Kaskamanidis  to attend a seminar for using the 3d printer Rep Rap Prusa.

Following the seminars was the 3d printing day. Students printed small boards with their names 3d printed and we also printed the monuments for the interactive board. All of the monuments were downloaded from thingiverse.

After the summer vacations we continued the project in October 2016. Twenty two students of the sixth grade of my school formed a team and took the task to complete the project.

Working is small groups of 3-4 the students collected fotos and information for the monuments from the web using Wikipedia and Creative Commons libraries. They also recorded the information using Audacity.

They made the main program using Scratch and at the final phase they integrated the makey makey board and saved the program on a raspberry pi.

The 3d printed monuments were glued with silicon to the board and we opened small holes to place the metal pins, two for every monument. From the inside of the board we place the makey makey and the raspberry pi and all the wiring.

The board was presented in the 7th Student Festival of Digital Creation.

The project is still ongoing. This school year (2017-2018) another team of students will take the task to add more monuments and improve the board and the program. 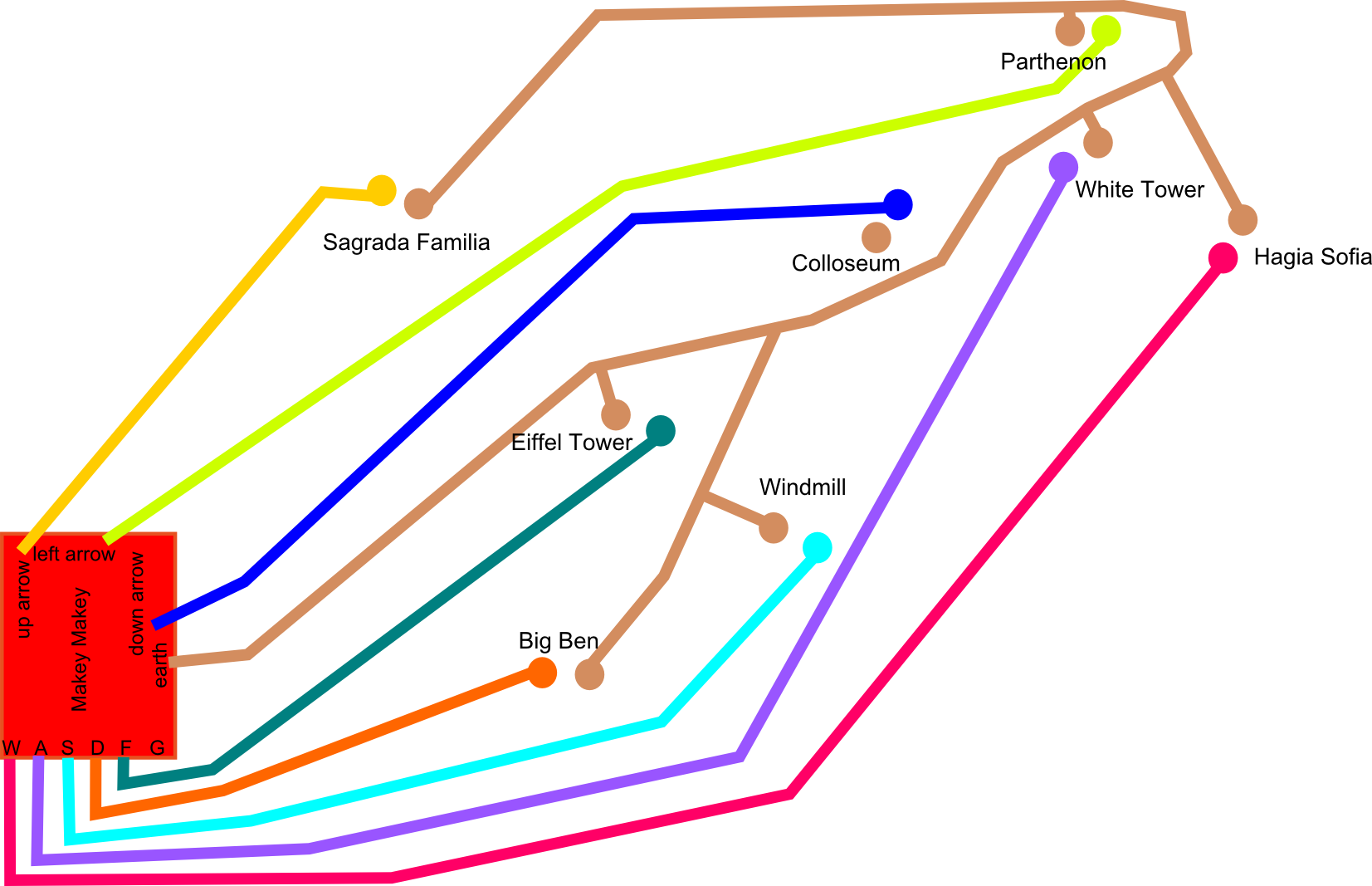 3 projects • 40 followers
I am a Computer Science Teacher and in charge of the Technology evening clubs at the Experimental Elementary School of Florina.
ContactContact
Thanks to UTech Lab.