The project acts as an automatic door opener for an establishment then counts up or down the customers that went in and went out.

The project acts as an automatic door opener for an establishment then counts up or down the customers that went in and went out. 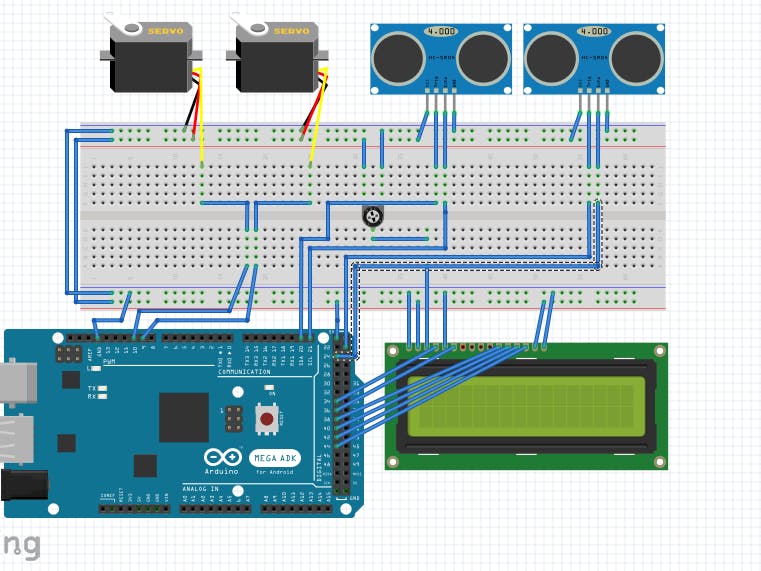 The project is composed of different common components like the servo motor, ultrasonic sensor, and an output LCD Display. The complete project works in the way that all movements detected on the left door, counts the counter up, making it say that a specific number of person is inside the establishment, on the other hand, counting down signifies that this sum of persons have left the establishment

First Draft of the Project

The project first planned. Dimensions were written out and the mechanism was also drawn. The task was to emulate the person counter for establishments in real life.

Housing for the Project

1. We got some illustration boards and hard cardboards then trimmed it to the exact dimensions as displayed above.

2. The trimmed boards were placed together using a Glue Gun.

3. Once the boards are shaped like a building, we then glued a stick to the Servo's Arm. The stick will act as an extension to the servo's arm that controls the opening and the closing of the doors.

4. After attach the servos to the backside of the housing with Hot Glue.

5. Test if the stick and servo movements are precise.

6. Attach the LCD on the front side of the board.

7. Attach a Ultrasonic Sensor on one side of the small roof deck like structure and then attach the other inside. Make sure that you measured the distance between the floor and the ultrasonic sensor so that the sensing input will be assured.

1. Wire the LCD first to a breadboard hidden inside the Housing.

2. Connect the Ultrasonic Wires also to the Breadboard.

3. The Servo Wire will go directly to the Arduino Mega 2560.

4. After wiring do a test run of the program

5. Debug the code depending on your build

#Note: The hot glue used on the Servo sometimes gets unglued due to the repetitive movement of the Servo. You might want to check them every once in a while if they are still glued

The final look of the project after we presented it to our professor.

The IPO Diagram displays the basic hardware needs of the project. 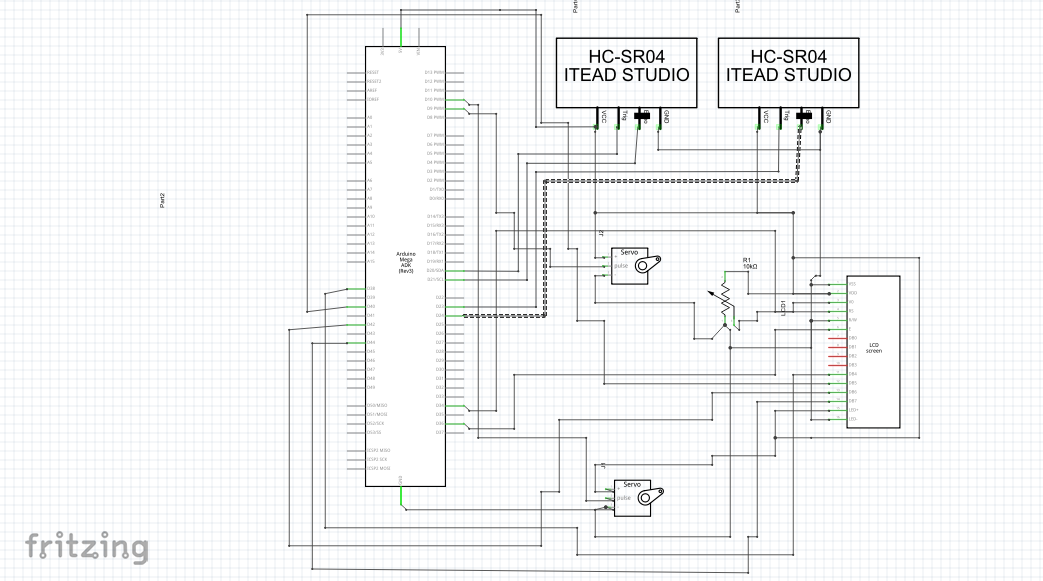 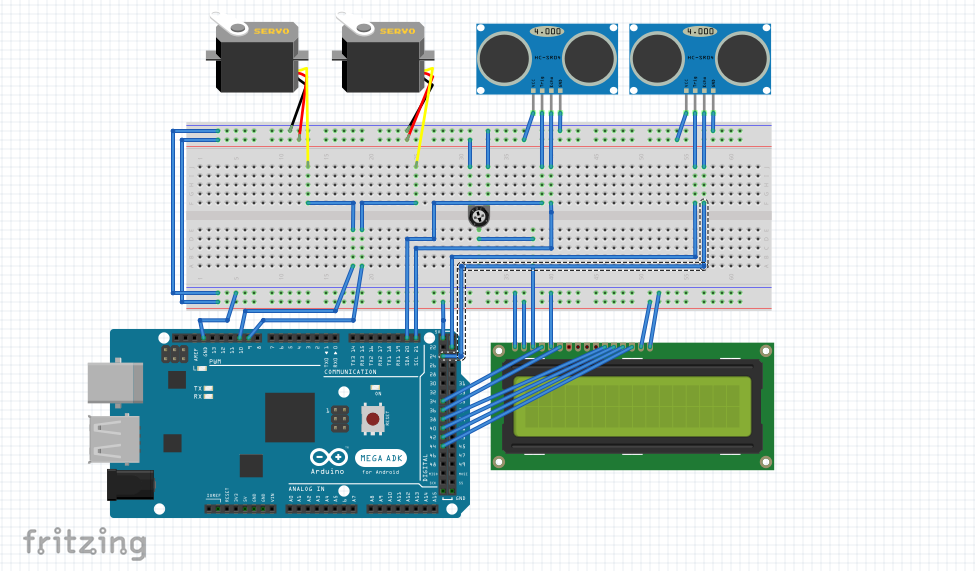