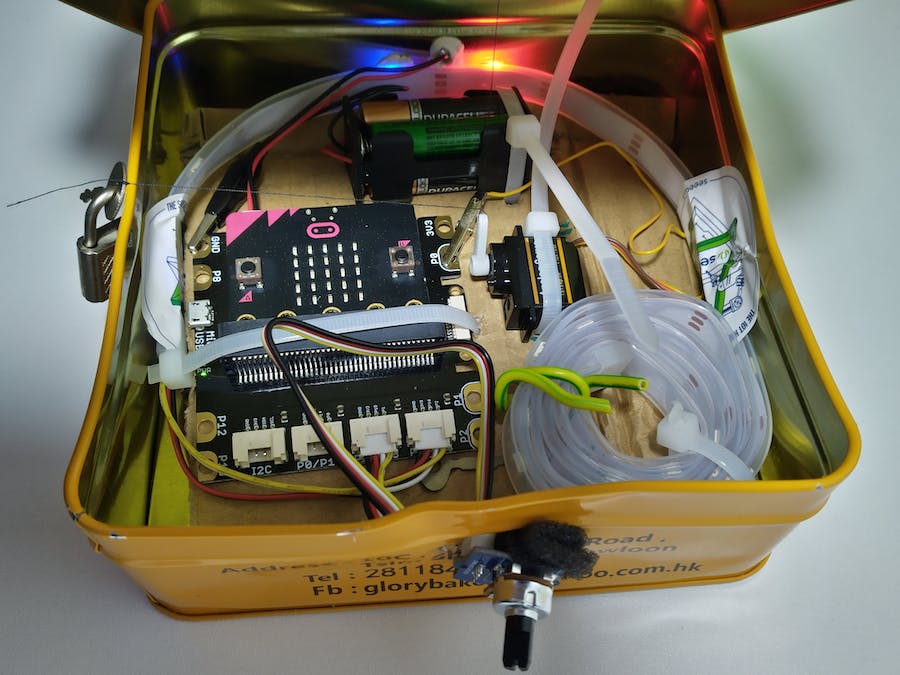 While looking for new concepts I thought it's time to explore a path that I haven't explored so far: physical electronic games

Create an initial idea. Sketch/note the final game with five different aspects: What are the game mechanics, How do you need to build the game board/cards, When do you need to code/make automated decisions (you can create something like a flow chart), Where are all the parts from outside and inside (WITH MEASURMENTS) and most important: When do you want to be ready

We all had this situation: sitting in front of your partner's mother and there is a full cookie box on the table in between you and her. And in our head the question:

How much should I have?

Not too much because you could be seen as a spaghetti-with-ketchup-or-pesto-on-good-days-student (or short s-w-k-o-p-o-g-d-s) who can't afford some sweets like this and how can you then take care of your partner? You also don't want to be invited the next time just because you're a swkopogds. On the other hand, you can't eat too little. You don't want to provoke a you look weak! or have you got something already? for various reasons. The worst: is it not your taste?! could disqualify you FOR your very special taste. You want to be in exactly the right spot. Somewhere in between. Hungry, but not desperate. Experimental, but not a pig. And also (very important): Thankful but not on your knees.

While this situation seems to be simple on the surface the possible ways of interaction, transforming it into something very complex. Quite funny that the actual goal (having some good cookies) is on a such psychological low level that you need to concentrate hard if you want to prove that you still walk towards this goal and not lost track because of the whole game.

The game I want to present here is not a complex simulator, but it's also not just about random choices. Everything, like said is about the right balance.

The whole game is played without a screen. The interaction is happening by turning a dial. Necessary are two players who play asymmetric like in the tabletop card game Netrunner or in the digital shooter game Evolved. The roles are: The mother and her's child's partner. The goal for the second one is to open the cookie box.

For the mother the goal is not fixed; you need to make a yes-or-no decision. Choose hidden if you think that a cookie is appropriate for the other player(yes) or if he should better stop(no). If you want, you can toss a coin or ask somebody(not the opposite player because that's odd and break the game). With this simple decision the simulation try to show the current thoughts of the mother about you, which might be complex in real life.

The potential child-in-law needs to identify this decision in order to get some of this tasty delights right in front of him.

After these preparations, the game starts by powering the cookie box. Oh Yes! This thing is not just about getting fed, but also an electronic tabletop to play a game of minds.

Actually, every player can make just two decisions and this means after 4 decisions the game is over. Every decision means choosing one of three colours (red, green or blue). If a player is turning the dial he switches the color of a light. If exactly 3 lights are in the same color the box opens, if not it stays closed. Both players can see two lights in common, but the funny part is that every player has one light just for himself. The non-fixed-goal player starts to choose the color of one of the common light. Afterwards the other player can do the same with the second common light. The third decision has to be done again by the mother, but from now on all decisions are hidden.

If the box is open the cookies can be eaten, but the winner can be both players because the actual price is when you are able to read the other player's mind just by playing with him this simple game on the cookie box.

Add some cardboard on the ground of the cookie box and you need to connect everything together like you see it in the picture and diagram. I used the first, third, fourth and seventh LED on the strip but this is not fixed because it's easy to adjust it later in the code.

The micro:bit microcontroller is the brain and with the Grove adapter he comes with handy connections for sensors, servos and signal.

Because the dial is a potentiometer you can use it to transform the position into a value for our program.

The servo needs to be powered by an extra power source (4-AAA batteries).

An LED strip allows you to control multiple LEDs with one connection and you can place the LEDs in different positions.

I started by implementing a signal and moved afterwards on to a simple winning condition (fixed position of the potentiometer). There is an existing example, how to control the light on the LED strip and I followed the example to use it here. I programmed the control of the servo and two player logic afterwards. Playtest helped to finalize amount and structure of commands and to find good timevalues.

If you need to spike around you should start like me to find first simple steps and afterwards the full game logic. Start by implementing something that you think it's easy, but valuable for the game and you will see that the advanced logic is achievable step by step.

Please mention that I received this cookie box as an gift, actual from my partner's mother, but she let me eat the cookies without any tricks.

The box is not designed by me and all the licenses belongs to the GLORY BAKERY.

It is alternative play because it's not just about winning the game, but about reading the other's player's mind what might need multiple rounds and some reflection together afterwards. 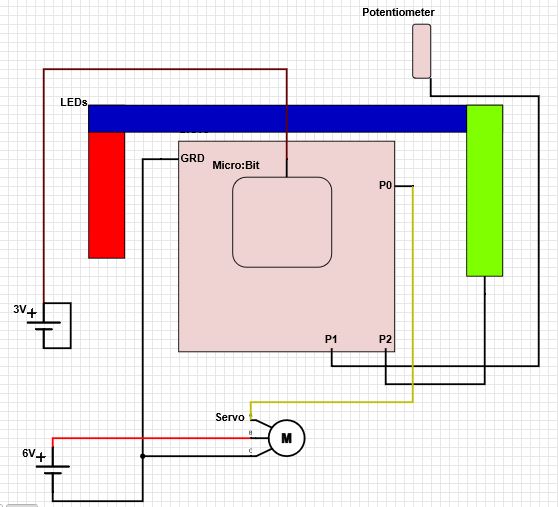 1 project • 0 followers
Since 2012 I've been developing games and I enjoy new concepts. I also like to socialize, designing, spend time with friends and motivation.
ContactContact
Thanks to Andromeda.