Do some soldering? Dislike the fumes burning your eyeballs? Build a quick flexible fume fan to extract those fumes away like a boss.

Do some soldering? Dislike the fumes burning your eyeballs? Build a quick flexible fume fan to extract those fumes away like a boss. 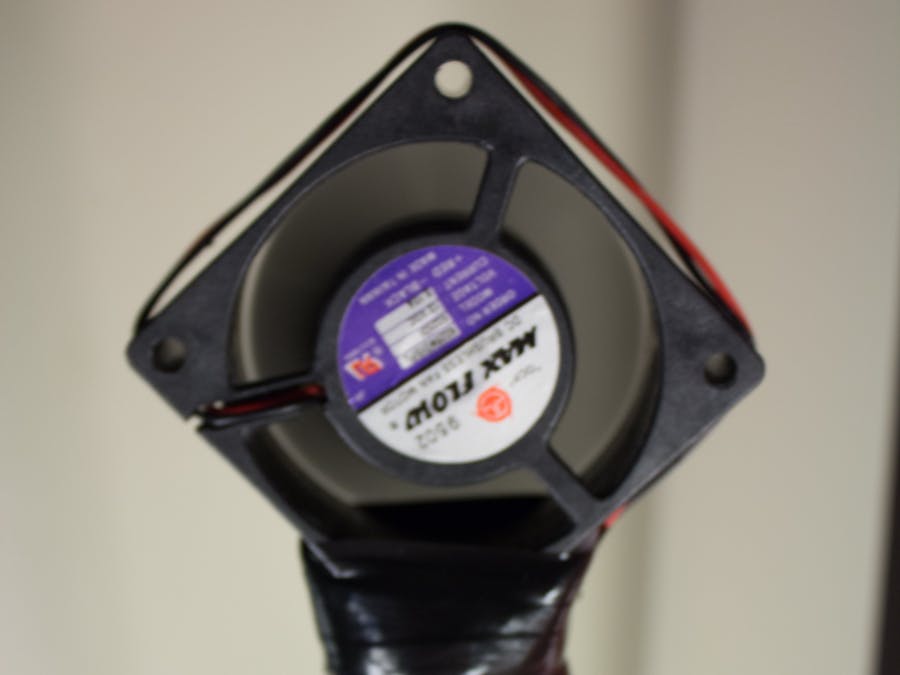 Soldering has some nasty fumes from the flux as it burns off. I built this project before I got my fancy Hakko Smoke Absorber (which is great).

If you have an IKEA LED flexneck lamp and an old small PC case fan (I think the one I used here actually came from a HD enclosure) you can build a DIY fume blower-awayer. Neat!

Also, InstaMorph is amazing and you should just go buy some just to have around the house in case you need it quick. It's like the duct tape of mold-able thermoplastic.

This is what I WAS using to blow away fumes but it really moves too much air, and sometimes parts around.

1 / 3 • The case fan I harvested from somewhere

Disassembly of the Lamp

This might be obvious but make sure you UNPLUG THE LAMP from any power source before you start taking it apart.

1 / 3 • Doctor, the patient is prepped for surgery

Once the screws are removed the LED and reflector should come out. There will be two really short wires. You will want to cut the LED board free from the wires as close to the LED board as you can. You want as much wire to work with as you can get because the next part is a little tricky.

This part is a bit tricky. Since the wires are so short in side the lamp housing you'll need to solder on little extensions to connect these two wires to the fan lead wires.

Here I took a small piece of perf-board and soldered it to the end of each lead
Both Fan leads attached.

For the wires I attached black to black and white to red. Black will be the negative side, red/white the positive side.

At this point the wires are not in a safe state. The exposed metal could easily touch and short out and cause some damage. They could also touch the metal housing making the lamp itself a risk. THIS WOULD BE BAD.

Make sure you protect the exposed wires with some kind of insulator. I used heat-shrink tubing I had on hand.

Heat shrinked and no exposed metal wires. Yes, I used the torch you see in the background. No I don't recommend that.

Joining the Fan and the Lamp

The lamp and fan don't naturally fit together. To help them get together I used a glob of InstaMorph. You can heat this material up and it becomes flexible and soft. It cools and becomes more solid. It has enough strength for this task for sure.

If you don't have or have never used InstaMorph I highly recommend you buy some. It's amazing. Just having it around for projects is helpful.

You can literally mash the lamp and fan together with InstaMorph in-between. Let it cool and you have an ad-hoc lamp-fan mounting bracket.

I don't have any photos of the wiring of the lamp to the power supply. You'll want to test your lamp using a multimeter to figure out which wire on the plug end is positive and which is negative. Generally speaking 12V computer case fans are tolerant to voltage reversal. The fan won't run or it'll run in reverse. The fan should have a flow direction arrow printed on the side. Make sure air is going in the direction of the arrow. 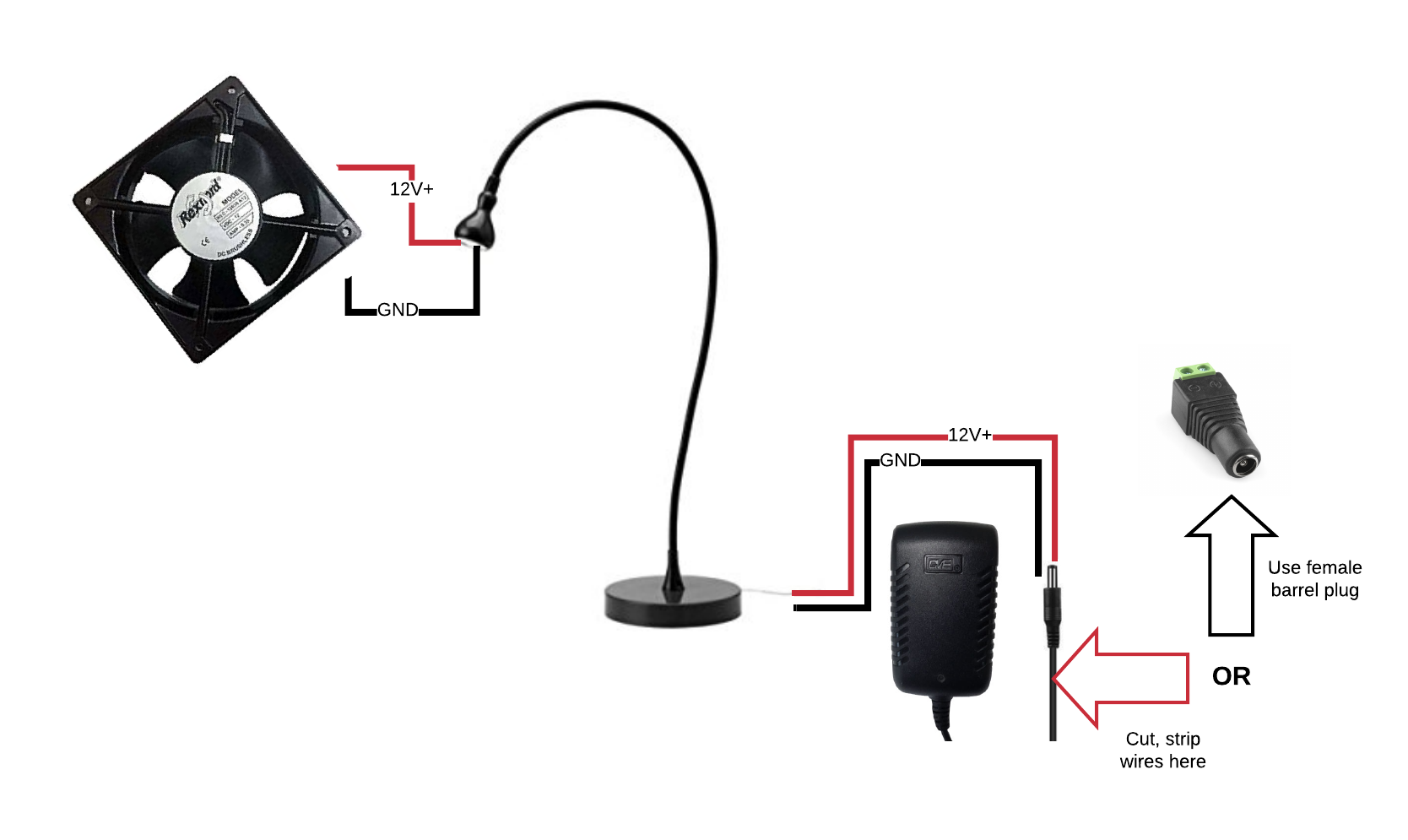