One of the more powerful capabilities of 1btn is its ability to integrate with existing web services such as IFTTT, Zapier, and others.

One of the more powerful capabilities of 1btn is its ability to integrate with existing web services such as IFTTT, Zapier, and others. 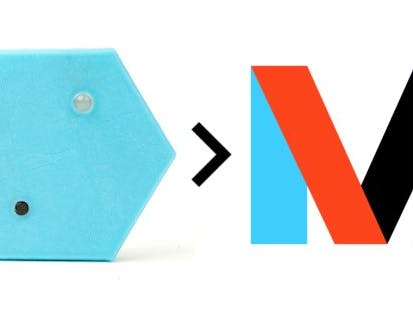 One of the more powerful capabilities of 1btn is its ability to integrate with existing web services such as IFTTT, Zapier, and others. 1btn comes with a pre-defined action for invoking a URL (aka, a “webhook”), allowing it to interact with a custom script, API, etc. This powerful capability lets you use 1btn to interact with and control virtually any internet-enabled application.

In this update, we’ll take a look at how easy it is to use 1btn’s webhook to integrate with IFTTT.

What’s needed for this configuration?

You’ll need an IFTTT user account, your 1btn, and a smartphone with the IFTTT app installed.

IFTTT uses “recipes” to define sequences of behaviors. To make this example meaningful, we’re going create a recipe that uses the 1btn to log entries into a time-sheet. Every press of the 1btn will result in a time-stamp getting logged in a spreadsheet. The spreadsheet will then perform calculations to determine time spent on a task.

This integration is done in two steps: Creating a recording recipe on IFTTT that logs to a spreadsheet Creating a hardware trigger for invoking that recipe using 1btn.

This video shows you how to quickly and easily create a timestamp logging recipe using IFTTT’s Maker channel:

In order to configure your 1btn to trigger Maker channel actions, you’ll need to know your “api_key”. Part 2 of the video shows where and how to get the api_key. Make sure you copy the entire link for api_key as shown in the video.

If you have followed all the steps as shown in the videos, your 1btn should now record a time-stamp every time it is pressed.

This integration only shows one combination of the huge number of possible triggers and actions possible with IFTTT and 1btn. Hopefully, it demonstrates the tremendous potential power of 1btn and how that power could be harnessed by a community of 1btn hackers.

3 projects • 2 followers
Solving meaningful problems in smarter ways, at scale, and with the entrepreneurial mindset...
ContactContact