Entry for the Microsoft and Hackster home automation contest

Entry for the Microsoft and Hackster home automation contest 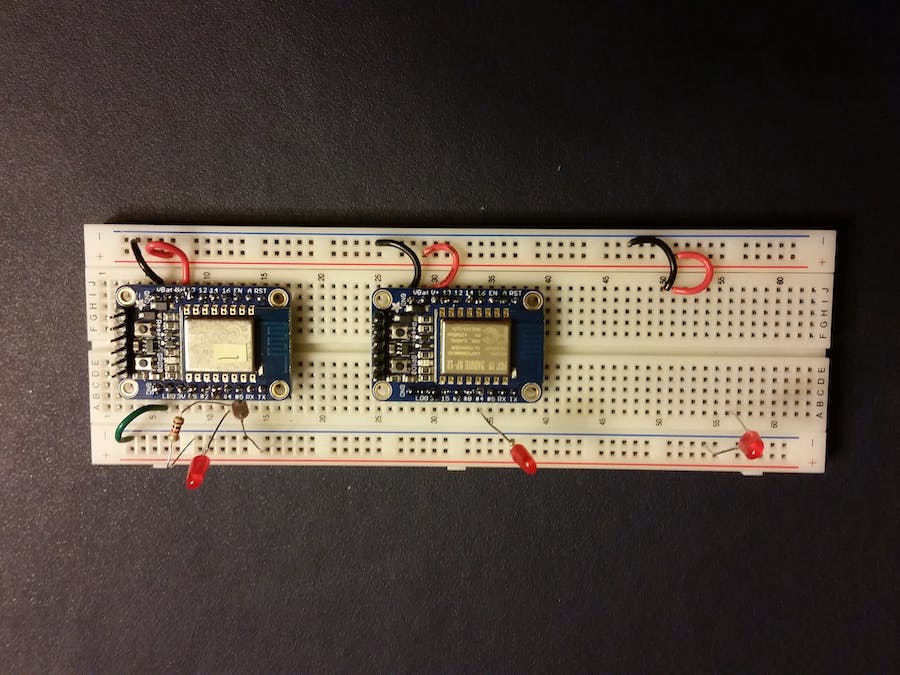 This project was made to answer a simple question- what do you do when you go on vacation and you leave your house alone - what do you do about the lights? We decided to make it because when we go on vacation, we like to know our house is safe from criminals. We decided to make a system that turns on and off our lights based on light levels outside and on a random schedule, so that it is not a regular on and off every day at a specific time. The circuits we made (3) are connected to the Raspberry Pi model B using an application that runs over the Windows 10 IoT Core and connects to our local area network (LAN), and are controlled using three ESP8266, which also connect wirelessly to the same network..

The project was more challenging than we first expected, as the ESP8266's and the Raspberry Pi's are both relatively new, so there is very little documentation on how to do any of these things that we had to do for this project. We did originally plan on making these boxes with light sensors built in, but time constraints didn't allow for this. We were, however, able to make different "sequences" in the code, as well as manual override, where you can turn on and off the lights as you please.

As far as the construction of the whole device goes, we etched our own PCBs for the relay circuits and used a breadboard to connect them to ESP8266. The Raspberry Pi's interface is very simple, with the only buttons being selection of choices about the lights to turn on (along with the choice to go automatic). This application runs using the Windows 10 IoT Core in the Pi. The program itself is attached later.

This is our entry for the Hackster/Microsoft IoT contest.