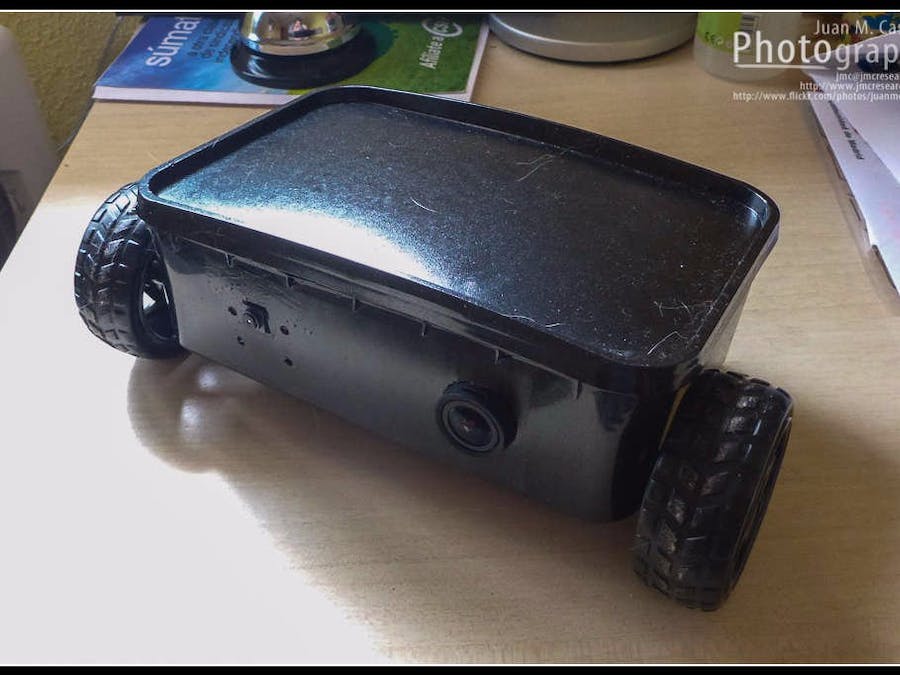 Well, I've been trying to integrate a Raspberry Pi with an Arduino. Since I've been playing Rainbow Six for a while, I thought why don't we make a drone like those that the characters use to search positions? So I decided to start the project - Twitch's Drone! For those who have not played Rainbow Six, I'll explain briefly: players, when they attack, have an initial phase to locate the target. They use radio-controlled cars to locate it. To handle it, join a mobile device - that could be a phone or tablet. Twitch (one of the characters) has a somewhat special one that launches downloads with a taser. This is the view you have in the game:

This is how Twitch's drone looks like in the game:

As you see in the in-game model, the drone is powered by two engines and has wheels that allow it to move sideways. It also has "infrared" LEDs and a camera system. In my implementation I will not use this type of wheel, because they are very expensive and the idea is that this be cheap to build. On the other hand, we are not going to use infrared illuminators either (although it would have been easy to have a few LEDs). And of course, it does not give electric shocks.

So if you want to play a while with a Raspberry, an Arduino (and its motor shield), some Python, HTML & JS, this is your project.

Check the blog entry for more details & how tos. 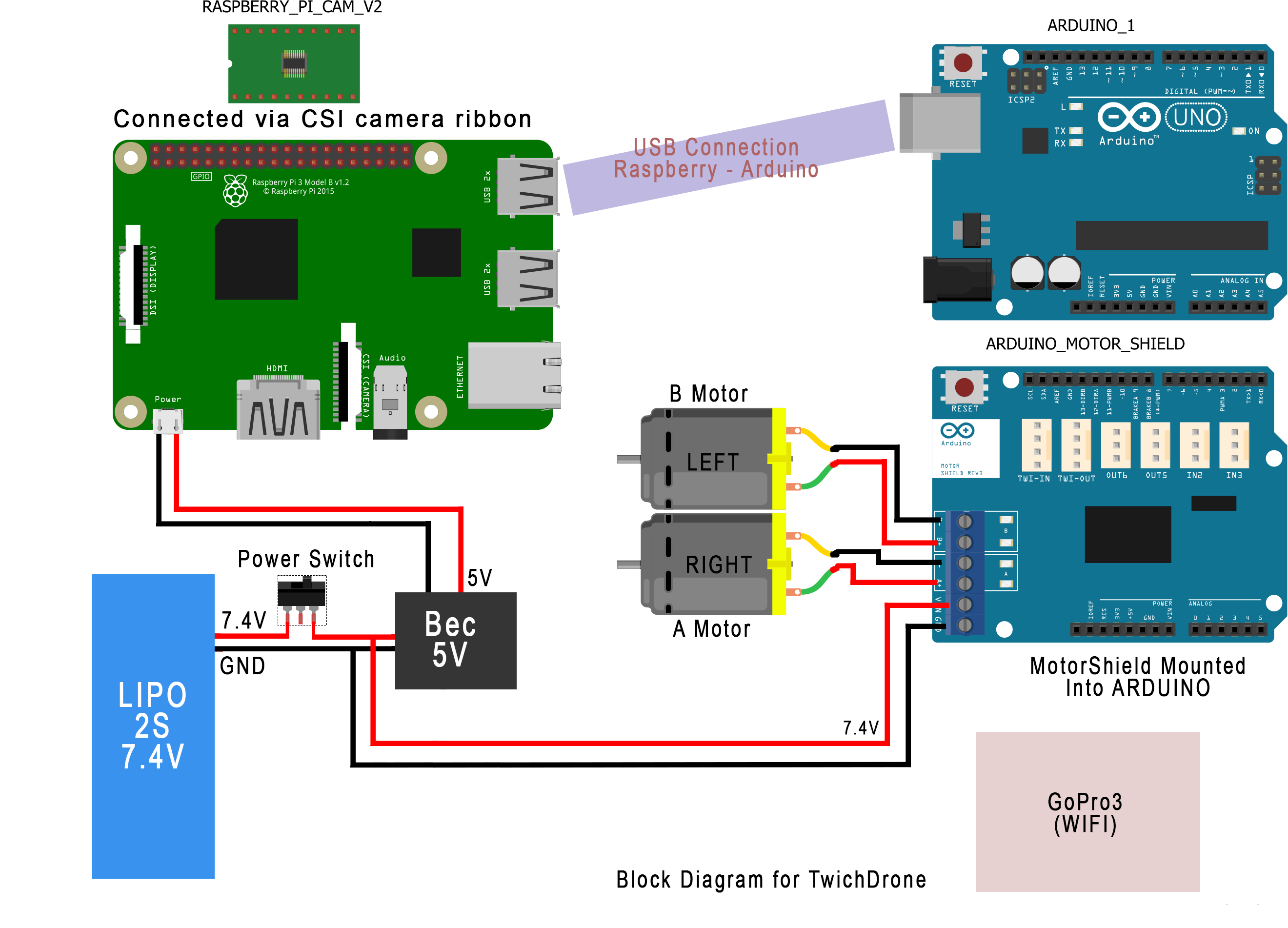 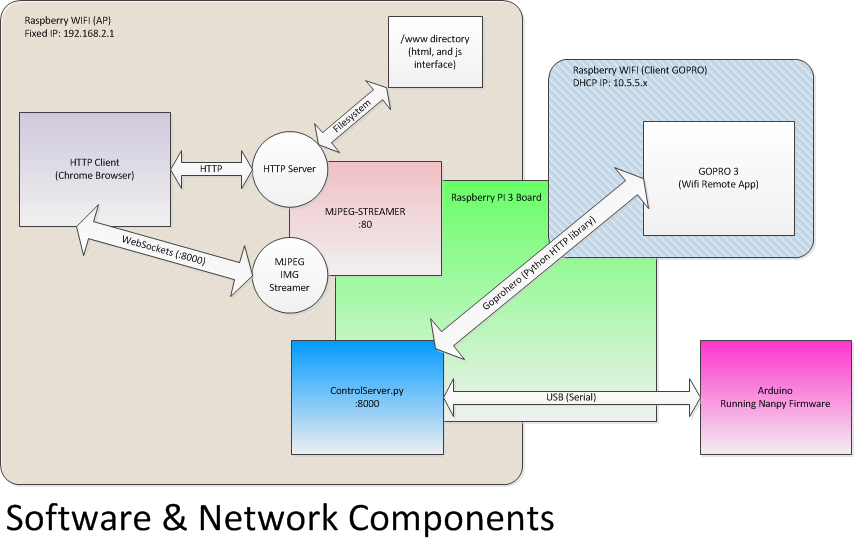 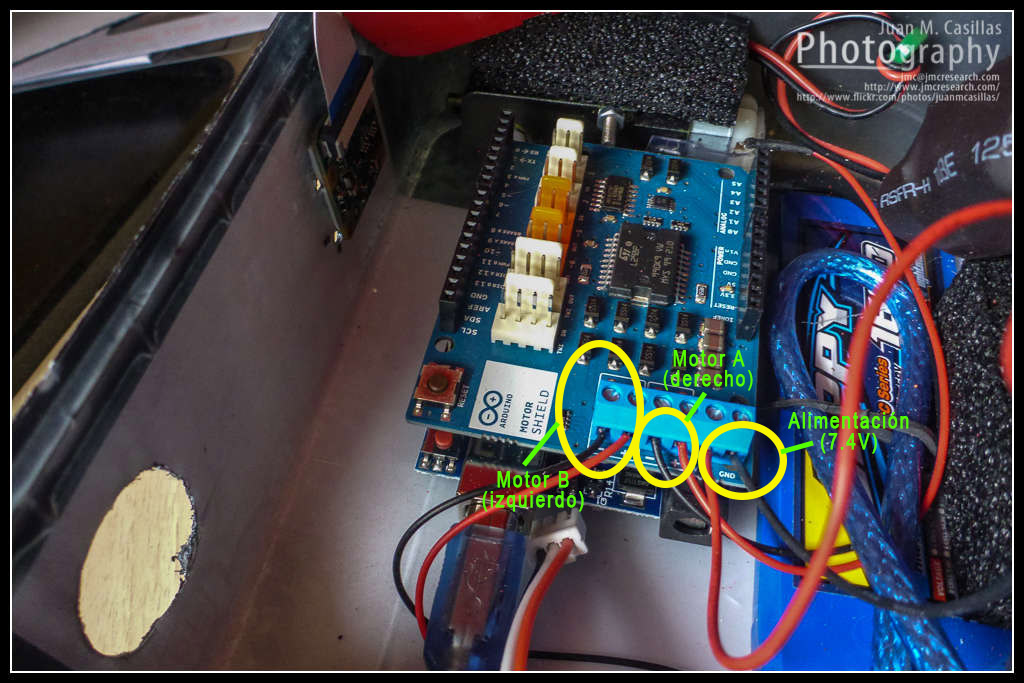