Version 2 of my previous automatic night light for beginners project.

Version 2 of my previous automatic night light for beginners project. 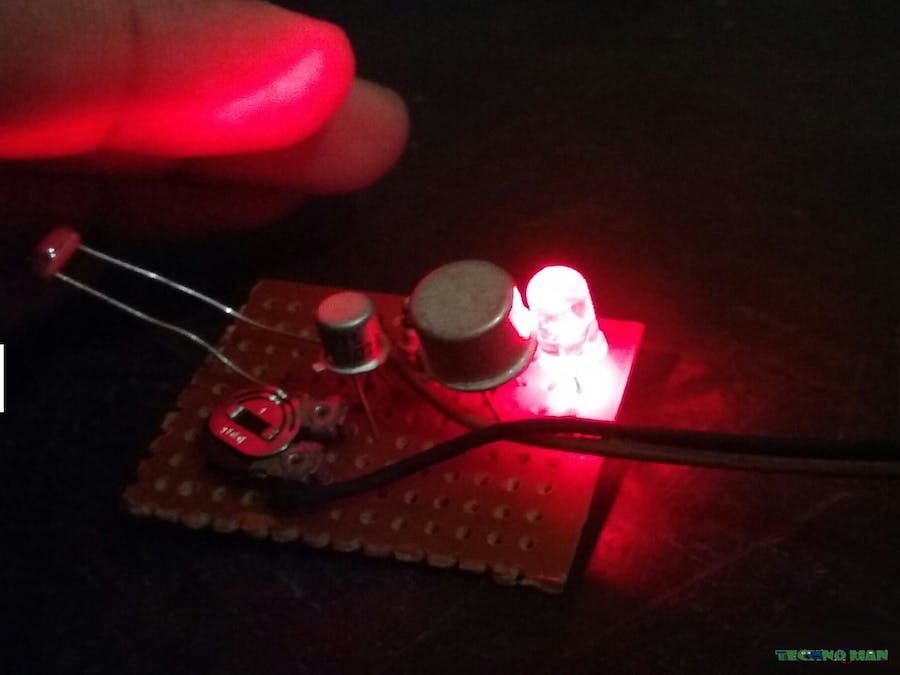 I'm back with some more cool DIY projects. In this tutorial, I'm sharing with you my newly modified automatic night light circuit. This is one of the coolest circuits I have made. I think you all will like this project.

As explained earlier, this is the modified version of my previous project. But the change is that the circuit has become more powerful and you can even control your house lights or streetlights (or just anything that comes to your mind) by just connecting the appropriate relay. In the old circuit this could not be done because it did not work properly with a relay on it.

I had connected everything that I could get my hands on and turned them on-off by the swish of my hands (blocking the light to LDR using my hands). It was so cool and somewhat like how a motion sensor activates things. Children could use this in a science fair showing it off as an automatic streetlight controller of sorts. As is, it turns on automatically at night and switches off automatically when it's morning, and can be adjusted for whatever idea that strikes in their mind.

To the building procedure!

Working with the circuit is as it was in the project that I had published earlier but now its power has doubled. It's more advanced than the previous model which could only control LEDs.

First Step in a project is planning and gathering materials. So now gather the components to make the project listed above.

More details have been given in the component section.

Solder the preset to the PCB. Presets have 3 legs, one middle one and other 2 on sides join anyone and middle leg and follow as in the circuit diagram.

Solder BC 107 Transistor as in the Circuit. Take note of the pinout of the transistor given in figure 2.

Solder the 2 Resistors as in the circuit diagram.

Now, solder the SL100 Transistor as in the circuit diagram. Take note of the pinout of the transistor given in figure 2 before soldering. After this, our building process is almost finished.

Connect the battery and adjust the preset with a plastic screwdriver (using a metal one would affect its tuning). Turn it until the LDR is adjusted to the surrounding light, so that when the bulb switches off, you can cease tuning it. Now, try to cover the LDR, blocking it from light.

If everything is done right, the LED should light. If not, adjust the preset and try again. Tuning is same as in the previous project. But here we have to insert a screwdriver to turn it, that is the only difference.

Now reconnect the relay and you could use this to replace the switch of your garden light. This way it will light up automatically at night and then turn off automatically in the morning.

Place the circuit in a box and leave the LDR out so that it is facing the light outside. Now it is ready to work for you. And you can do anything with this like:

"Let your imagination loose and start building anything that comes to your mind".

[As you see in the picture I have used an LED instead of relay (in the circuit diagram it's depicted as Relay). You can use it either way]

For more about the technical stuff of this project, check out my previous tutorial: Automatic Night Lamp with LDR.

Here is the PDF version of this project: 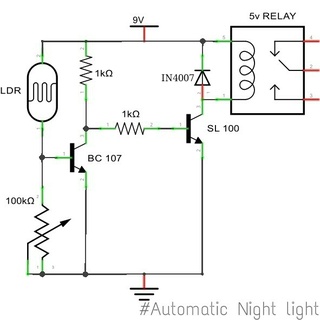