Have it your way.

Have it your way. 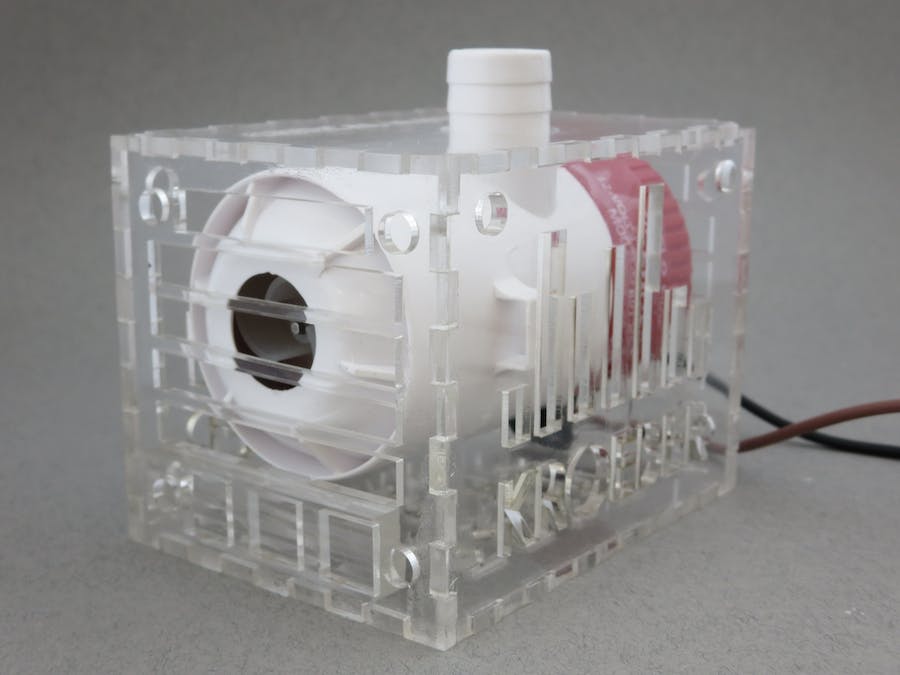 After selecting Kroeber Fountain as our location of interest, we began to notice that it was a place at which people would congregate without interacting with one another. The fountain’s shape - most notably, its tiered steps - affords it the ability to serve as a seat where multiple people can sit in close proximity to one another and still manage to treat each other like strangers.

We wanted to blur the boundaries between strangers’ personal space regions by providing them with an incentive for making contact with one another. Our first idea revolved around the idea of “twin” outlets - if a person wanted to charge their laptop, for instance, the outlet would not supply power unless its twin was also in use. We had discussed the idea of orienting the outlet in such a manner that it would force strangers to sit close to one another, and by restricting power to solitary individuals, we would also be forcing individuals to communicate with one another to reach their shared goal of charging their respective devices. Other ideas at making strangers work collaboratively took on an element of “gamification.” Strangers could work together to race boats, play music, or change the configuration of the fountain’s water pumps.

Once the idea of allowing people to alter the fountain’s state entered our minds, we began to view the concept of personal space in a different light.We began to view personal space as a space in which a person feels a sense of ownership. People spend the vast majority of their time in public spaces in which everything has been predetermined for us. We wanted to give users some agency, a way to make a public space a bit more personal. From there we set out to build Kroebe, the fountain that recognizes and remembers you.

35,000 students roam the Berkeley campus and the Kroeber Fountain Beautification Project revolves around the idea of allowing these individuals to subtly personalize what has traditionally been a very public space. We accomplished this feat by creating a mobile application that gives people the ability to create a fountain show that reflects their personal preferences; a person can select their color or effect (for example, fade), height, and frequency (i.e., number of bursts per short interval of time) and register these settings to their device’s bluetooth signal. Each time thereafter that this bluetooth signal comes in range of the fountain, the previously defined fountain show will become activated. We are enabling individuals to exercise control over a public space for at least a brief moment, and to feel a sense of belonging. “Kroebe" is the fountain that recognizes and remembers you.

As we spent time observing our site, we observed a wide range of activities taking place in the vicinity of the fountain. The fountain is often used as a meeting point for people and clubs, most notably the Cal Running Club and Triathlon Club. While this particular usage of the fountain is social in nature, we also observed many people sitting on the fountain alone. This solitary time is meant to be relaxing, a claim reinforced by a Daily Cal article we discovered. This alone time could also be spent smoking; the fountain is often littered with used cigarette butts. The fountain is in close proximity to the intersection of Bancroft Way and College Avenue, a place where food trucks park daily, turning the fountain into a place to sit and eat food at. The fountain's role as a place to sit and enjoy food is further reinforced by the fact that it is situated across the street from Cafe Strada; people will buy drinks at Cafe Strada, and then walk across the street and enjoy them at Kroeber Fountain where they can sit in the warmth of the sun.

Because Kroeber Plaza is a high traffic area in walking distance of Greek Row, many fraternities and sororities will hold fundraisers here. When we conducted our intentional observation of the site, TKE, Sigma Nu, and Tri Delta had organized a fundraiser benefiting St. Jude Children's Research Hospital. Other individuals endeavoring to take advantage of the high volume of traffic Kroeber experiences are protestors. One such example is a gentleman identified only by the lettering on his shirt - "Yoshua" - who was passing out Bibles and flyers, alerting students to the end of days.

Kroeber Fountain is also the subject of a great deal of artwork. Kroeber Hall and Wurster Hall are both within walking distance of the fountain, and the art students and architecture students who study in these buildings often sketch the fountain. They also use the fountain as a place to sit as they sketch the objects, people, buildings, etc. surrounding the fountain.

Our interviews revealed that even though some people may not interact with the fountain directly, they still recognize and acknowledge its presence. Interviewees frequently talked about the fountain in terms of a landmark they pass by on their way to class. This piece of information helped shape the future outcome of our project as being something that people could interact with without having to stop and linger at the fountain; a person could experience a transient interaction with the fountain as he walked past it on the way to his final destination.

Buy and collect the materials needed.

For the liquid pump, submerge it in water and feed it 12V to see if water is pushed out from the barbed outlet.

For the light, also attach 12V and see if the light turns on. Also, play with the remote controller to toggle the color.

Refer to the Illustrator files in this Hackster.io page. We measured the dimensions of the pump and created the boxes with boxmaker (boxmaker.rahulbotics.com). We then drew designs of "Critical Making," our Kroeber logo, and our names onto the design. After cutting our our pieces using the laser cutter, we glued the pieces together using acrylic adhesive. We found that it was extremely helpful to use the clamps to keep the pieces in place when waiting for them to dry. Essentially, the casing was used to prevent the liquid pump from moving around wherever you want to place it.

Step 4: Tubing and Nozzle for Pump

Go to Home Deport and pray that you get a water fountain savant like we did (Shoutout to Haroon)! Specifically, the tubing should be 3/4'' in its inner diameter to fit snugly onto the barbed outlet of the liquid pump, then get a 3/4'' adapter for the tubing, and finally a nozzle you can attach at the end. This step is maximize the height generated by the fountain.

Step 5: Use PWM to Vary Intensity Fed Into the Pump

All you need to know to understand this is that you're varying voltage fed into the BJT, which in turn varies how much power eventually does get fed into the liquid pump.

If you are buying the exact same materials we used for this project, you will notice that the underwater spotlight LED came with an IR remote controller. However, we obviously can't interface the tablet's app with this so we must create our own remote controlled by the Arduino.

The progress can be broken down as follows:

1. Use IR receiver and see what IR command sequences are being sent.

2. Use your own IR sensor to send the exact same bits to the LED light.

Add the bluetooth module to the Arduino by connecting two digital IO pins to it and feeding it power.

Step 8: Put Everything Together

Now that you got Kroeber (the mounted liquid pump) and Pretty Lights (the led light) both up and running individually, it's time to combine them! Just wire the appropriate pins to the Arduino and fit all electronics into an encasing that shields them from splashing water.

Take this moment to realize that you're done with hardware and appreciate your work of art.

On the tablet, navigate to the settings menu and begin scanning for Bluetooth devices. Find the Arduino's Bluetooth name and pair with it.

In the first activity of the application, an activity that does not have a UI but links to the UI of the first page, connect to the already paired Arduino's Bluetooth. This is necessary in order to send the eventual configurations.

Create a button that upon click scans for bluetooth discoverable phones. From there, populate a list from which that the user can select his or her device.

Upon selection of a device, create an object that will store that devices name/address and eventually the fountain configurations that correspond with it. Pass this object to the next activity once the user clicks "Next".

Once the user has finalized his or her selections and clicked "Submit," the object must be stored into our hash table to be found later. The object will be stored with its name/address as the key and the object itself as the value.

Step 7: Continuously Scan for Saved Devices/Configurations in a Background Thread

Create a background thread that scans for Bluetooth devices every 10 seconds. When a list of devices is found, check the name/address of that specific device to see if it is stored in the hash table. If the device is in the hash table, proceed to the next step.

Upon receiving the numbers, the Arduino will play the specific configuration corresponding to the numbers. Voila!